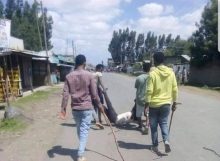 On May 2, the first month of the official settlement of Abiy Ahmed Ali was held at the helm of the Ethiopian executive. Thirty intense days, full of important events passed in the background. Important political, economic and social openings… Read more ›

Pizza Hut is the first Western fast-food chain in Ethiopia 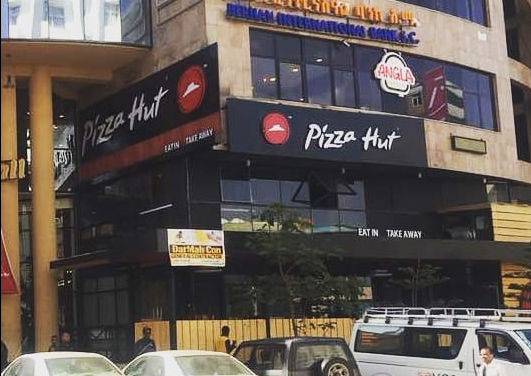 It was a solemn moment, the US Ambassador gave a similar speech, the invited guests applauded, the uninvited joined the queue to grab a piece of pizza. A few days ago opened the first Pizza Hut branch in Ethiopia, it… Read more ›

DNA from a man who lived in Ethiopia about 4,500 years ago is prompting scientists to rethink the history of human migration in Africa. Until now, the conventional wisdom had been that the first groups of modern humans left Africa… Read more ›

Facebook and Eutelsat partnering to get more Africans online

Eutelsat and Facebook have announced they are partnering on a new initiative that will leverage satellite technologies to get more Africans online. Under a multi-year agreement with Spacecom, the two companies will utilize the entire broadband payload on the future… Read more ›

The film Difret will be opening across the United States on October 23, 2015. It has already opened in theaters internationally. Click here for theaters near you. Watch official trailer Difret – Official Trailer (HD) by ethiovid

Ambassador Zewde Retta, a distinguished Ethiopian historian and diplomat, has passed away yesterday in London. The 81 years old Ambassador Zewde was in London, U.K., this week for a book signing ceremony of his new book. His previous three books… Read more ›

Some 16 kilograms of khat, a psychotropic drug (scientific name: Catha edulis) worth some $12,000 on the illegal market was seized at the post office on Tomášikova street in Bratislava, the capital of Slovakia, on September 21. The package arrived… Read more ›

In a new poll that was conducted by a popular Ethiopian news forum, Mereja.com, U.S. presidential Candidate Donald Trump leads both Republican and Democrat candidates with 25 percent support. Senator Ted Cruz is in second place with 24 percent, and… Read more ›

A controversial World Bank-funded scheme to dam a major Ethiopian river and import up to 500,000 people to work in what is planned to be one of the world’s largest sugar plantations has led to tens of thousands of Africa’s… Read more ›

LUSAKA, ZAMBIA – Police in Serenje, Zambia, have intercepted a truck carrying 100 prohibited immigrants of Ethiopian origin, who were hidden behind bags of dry lake sardines locally known as kapenta. The truck, which was seized at Kanona police check… Read more ›

Kenya police are investigating claims that an Ethiopian woman was raped at the Safari Park Hotel in Nairobi during a United Nations conference. The victim, said to be an employee of an international organization, reported that she was attacked and… Read more ›

Ethiopian jazz legend Mulatu Astatke will perform in Istanbul, Turkey, and give a lecture on Ethiopian jazz culture as part of the Red Bull Music Academy Night on Sept. 1 in Kucukciftlik Park. The 71-year-old musician gained fame late in… Read more ›

Washington DC police arrested a suspect yesterday in the Aug. 22, 2015, killing of an accountant and financial analyst from Texas who authorities said was assaulted near Howard University when he was struck, fell and hit his head on the… Read more ›

On 27 August 1975 a French reporter phoned the Ethiopian imperial palace, which had been overrun by Marxist army officers the previous year. Haile Selassie I came to the phone. On a poor line, speaking good French, the “king of… Read more ›

An accountant and financial analyst from Irving, Texas, who was assaulted Saturday in Washington DC later died of his injuries, and the death is being investigated as a homicide, DC police said. According to police, Kassahun Abebe Edo, 35, an… Read more ›

Seventy eight Ethiopians who were arrested in a police lorry in Meru were sentenced to three months or a fine of Sh50,000 each before repatriation for being found in the country illegally. However, two other suspects were not able to… Read more ›

Egypt explores how to import Ethiopian meat at discounted prices

Michigan State University has been researching Teff as a rotational crop alternative for hay producing farms. Their research has discovered that cattle and horses are especially fond of Teff. And, as it turns out, more and more people enjoy it as well!… Read more ›

An Ethiopian asylum seeker has been discovered alive in the hold of a plane that landed at Stockholm’s Arlanda airport on Friday morning, after smuggling himself on to an Ethiopian Airlines flight from Addis Ababa. The stowaway was found after… Read more ›

By Katie Riordan | IRIN HARGEISA – Qader and Abdi are two weeks into their journey. Carrying only one empty plastic water bottle each, flattened, with no liquid to return it to its cylindrical shape, the two men figure they… Read more ›

A 16-year-old Eritrean migrant who escaped captivity under the Islamic State (Isis) in Libya has exclusively told IBTimes UK that the jihadists forced him to watch the beheading and shooting of Eritrean and Ethiopian Christians. Nael Goitom, 16, fled IS… Read more ›

By Baraka Jefwa LG electronics is set to launch a portable Bluetooth speaker into the Kenyan market. Branded Music Flow Speakers, and recently launched globally, the rectangular devices will retail at an average price of Ksh17, 995 and will be… Read more ›

Border Crossing between Sudan and Ethiopia to be Opened

The final arrangements for the opening of Galabat-Matema border crossing between Sudan and Ethiopia will be made this April. State Minister at the Ministry of Transport, Sirajuddin Ali Hamid said the competent authorities held a meeting that included representatives from… Read more ›

By Minga Negash, Seid Hassan, Mammo Muchie and Abu Girma[1] On March 23, 2015, Egypt, Ethiopia and the Sudan signed a declaration of principles on the Grand Ethiopian Renaissance Dam (GERD). Since then, an intense debate has been going on… Read more ›

The Brooklyn Academy of Music hosted the latest installment of this year’s Eat, Drink & Be Literary program Wednesday evening, shining its spotlight on Dinaw Mengestu. Born in Ethiopia, Mengestu’s family immigrated to the United States when he was two,… Read more ›

Some Notes on the Declaration by Ethiopia, Egypt and Sudan on the Use of Nile

By Fekade Shewakena Ethiopia, Egypt and Sudan have signed what they called the ‘Declaration of Principles” to solve a simmering dispute over the building of the Great Ethiopian Renaissance Dam (GERD) by Ethiopia.  Although a lot remains to be seen… Read more ›

Ethiopian Airlines was forced to postpone two flights to Israel on Thursday after it did not have permission to fly on route due to the escalating turmoil in Yemen and in light of information received from security sources. About 280… Read more ›

Full text of the Nile dam agreement signed by Egypt, Sudan and Ethiopia on March 23, 2014

Ahram Online published a translated version of the “Declaration of Principles” signed by Egypt, Sudan and Ethiopia on Nile water sharing arrangements among Nile Basin countries. Ten principles are outlined in the document signed by the three countries. Introduction Valuing… Read more ›

By Washington Post Editorial Board | February 9, 2015 WHILE ENJOYING its status as an international development darling, Ethiopia has been chipping away at its citizens’ freedom of expression. The country now holds the shameful distinction of having the second-most… Read more ›

(CNN) With the discovery of a gray, fossilized jawbone in a remote corner of Ethiopia, an Ethiopian student at Arizona State University may have changed our understanding of our earliest ancestors. The partial lower jaw is the oldest known fossil… Read more ›

By Cynthia Corral Q: Tell us a little about the origins of Zemene, from concept to financing. I never set out to make a film in Ethiopia. Actually, I was working as a cinematographer on another project and following Dr… Read more ›

Three African writers are among the nominees for the 2015 Folio Prize: Damon Galgut, Kenyan Yvonne Adhiambo Owuor and Ethiopian-American Dinaw Mengestu. The £40,000 prize was initiated last year, unofficially as a more literary alternative to the Man Booker Prize.… Read more ›

EthiopiaList.com has released its first annual least of top 20 largest private and share companies in Ethiopia. The website issued a disclaimer that due to lack of corporate transparency in Ethiopia, the ranking may not be completely accurate. According to… Read more ›