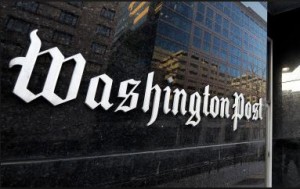 WHILE ENJOYING its status as an international development darling, Ethiopia has been chipping away at its citizens’ freedom of expression. The country now holds the shameful distinction of having the second-most journalists in exile in the world, after Iran. That combination of Western subsidies and political persecution should not be sustainable.

According to a new report by Human Rights Watch, at least 60 journalists have fled the country since 2010, including 30 last year, and at least 19 have been imprisoned. Twenty-two faced criminal charges in 2014. The government closed five magazines and a newspaper within the past year, leaving Ethiopia with no independent private media outlets. With the country headed toward elections in May, the pressure on the media has undermined the prospect of a free and fair vote.

Ethiopia has long been known for its censorship and repression of the media, but the situation has deteriorated in recent years. According to the Committee to Protect Journalists, the country has since 2009 “banned or suspended at least one critical independent publication per year.” After the death of prime minister Meles Zenawi in 2012, successor Hailemariam Desalegn has tightened the regime’s stranglehold on the press. Even Ethiopia’s rival Eritrea looks better: It released several imprisoned journalists last month.

The repression extends across the media ecosystem. State agents harass printers and disrupt distribution processes associated with critical publications. Journalists who flee into neighboring countries are tracked and threatened. The government blocks Web sites from the Ethiopian diaspora, and it has jammed signals of foreign broadcasters, including Voice of America.

Much of the persecution has come under the guise of counterterrorism by a regime that has been a player in the fight against the al-Qaeda-allied al-Shabab. At least 38 journalists have been charged under a 2009 “anti-terrorism proclamation” and the criminal code. In 2012, prominent journalist and blogger Eskinder Nega was jailed for 18 years on charges of terrorism after criticizing the government’s repression.

Despite these policies, Ethiopia has retained its status as a U.S. ally and recipient of large amounts of U.S. development assistance — including $373 million for health and humanitarian programs in 2014. By contrast, U.S. spending on democracy and human rights assistance in Ethiopia has fallen dramatically in the past several years, from $3.4 million in 2012 to $162,900 in 2014. The decline in assistance for human rights bows to a 2009 law that prohibits nongovernmental organizations receiving more than 10 percent of their funding from abroad from conducting human rights advocacy.

The State Department recently spoke out against the media crackdown. But more than words should be at stake. The Obama administration should link continued aid to the release of imprisoned journalists and bloggers, and it should enlist other Western aid donors to do the same. The West should not be subsidizing a regime that is one of the world’s leading persecutors of journalists.