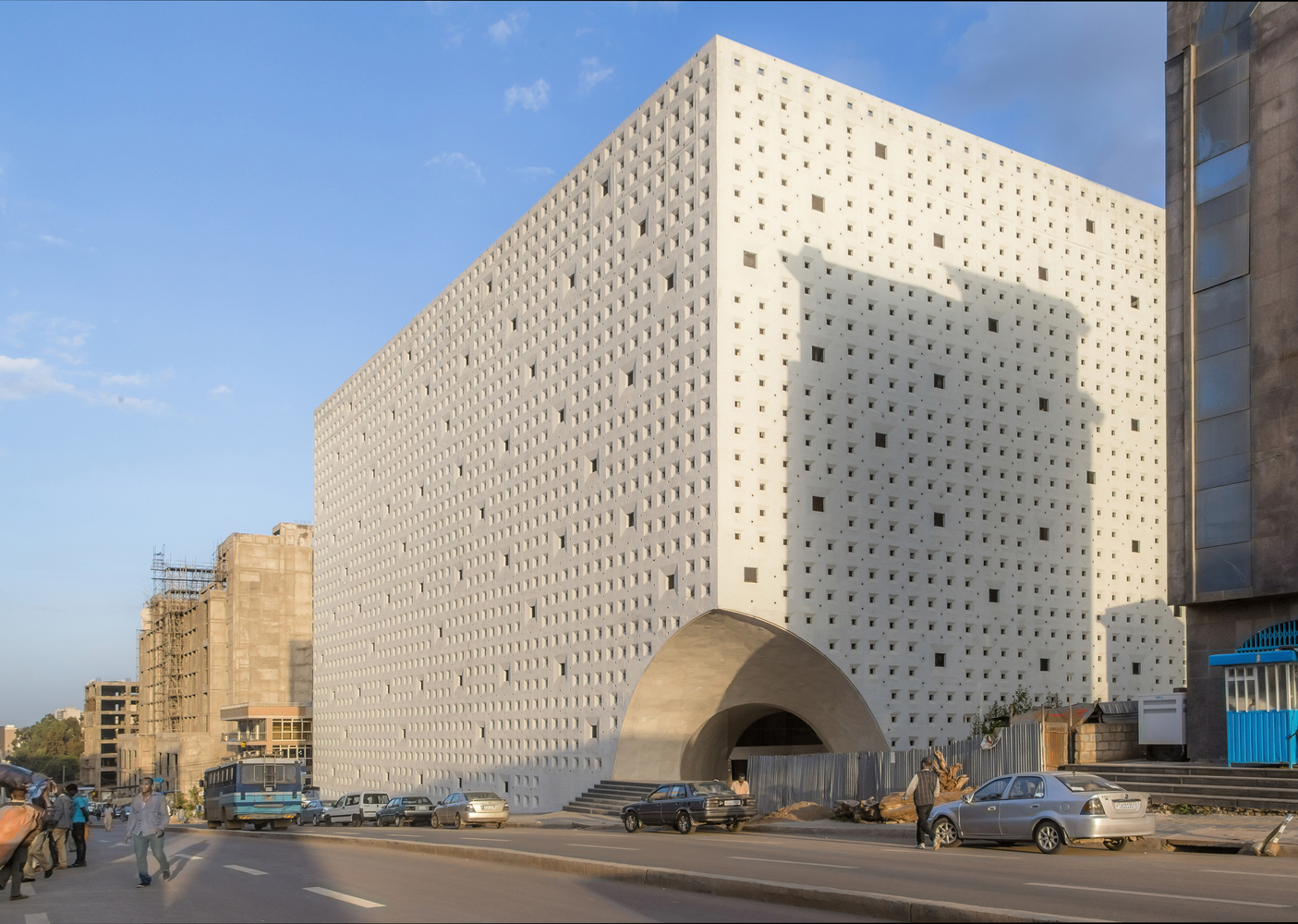 A behemoth new concrete market has risen in Addis Ababa, Ethiopia, and it manages to be both imposing and ethereal. Designed by Barcelona-based firm Vilalta Arquitectura and set to open this summer, the Lideta Mercato was originally intended to be a traditional shopping mall. But extensive research showed that the city’s climate made existing malls too hot.

Instead, the architects decided to design a multi-story building inspired by the city’s Old Mercato (considered Africa’s largest open air market). The result is a structure built from lightweight prefab concrete whose “skin” is perforated with squares taken from Ethiopian fractal patterns found in local fabrics, and small colorful, diamond-like translucent holes.

This allows for passive ventilation and sun to flow throughout the space, creating a jewelbox-like effect of light and shadows. A diagonal, carved passageway connecting two entrances on opposite sides of the market, and an “inclined” atrium with a spiral-like staircase pierces through all the floors of the all-white interior create additional opportunities for air flow and openness.

To address the unreliability of power sources in the city, the architects installed solar panel umbrellas on the rooftop, where a rainwater collection system also resides. The water is stored in basement tanks, where it undergoes filtration and is reused for the building’s toilets and faucets.