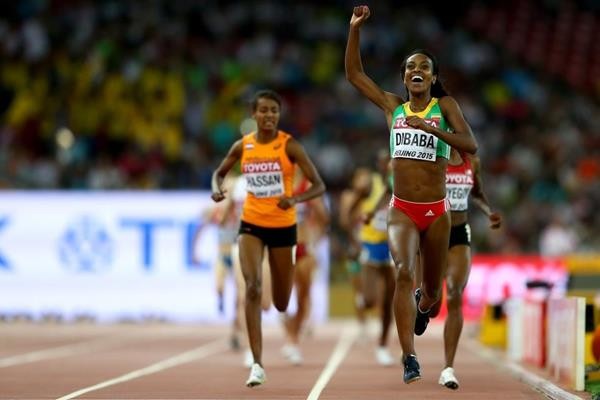 The coach of Ethiopia’s 1500m world champion Genzebe Dibaba has been arrested in Spain as part of a long-running anti-doping investigation.

Jama Aden, a Somali national, was arrested on Monday after Spanish police raided his hotel room in Sabadell, Catalonia.

EPO, a blood-boosting drug, and several unidentified medicines were reportedly found in two hotel rooms that were searched.

Aden and an unnamed physiotherapist from Morocco were arrested and charged with doling out banned substance to athletes.

The raid is said to have followed a month of non-stop surveillance.

According to the IAAF, which led the investigation, authorities have been looking into Aden for about three years now. The World Anti-Doping Agency and Interpol also assisted in the long-running probe.

“The IAAF will use all available resources and powers to protect clean athletes and the integrity of our sport.” an IAAF statement issued after Aden’s arrest read. “This includes targeting and investigating individuals and coaches who are intent on exploiting athletes and promoting the use of prohibited substances.”

The results of the blood and urine tests, which were conducted by the IAAF and Spanish Anti-Doping Agency, are expected this Friday.

Neither Aden nor Dibaba, who is expected to win gold at the upcoming Rio Olympics, have officially commented on the raid. The other unnamed athletes have also kept to themselves regarding the case.

The 53-year-old coach has a history of grooming middle-distance athletes who win championships. Last year in Monaco, he coached Dibaba to set a 1500m world record.

Despite his success, Aden has also been accused of doping his runners. Hamza Driouch, 21, who Aden began coaching at the age of 14, was banned for doping last year.

Driouch, who initially claimed Aden doped him, has since withdrawn his allegations. However, after Monday’s arrest of his former coach, Driouch allegedly said it was “a good day for clean sports.”

Ethiopian Athletics, which came under fire in March after several athletes failed doping tests, is yet to comment on Aden’s arrest.

Ethiopia has reportedly been on the radar of international doping authorities for years now after evidence revealed loose anti-doping practices.