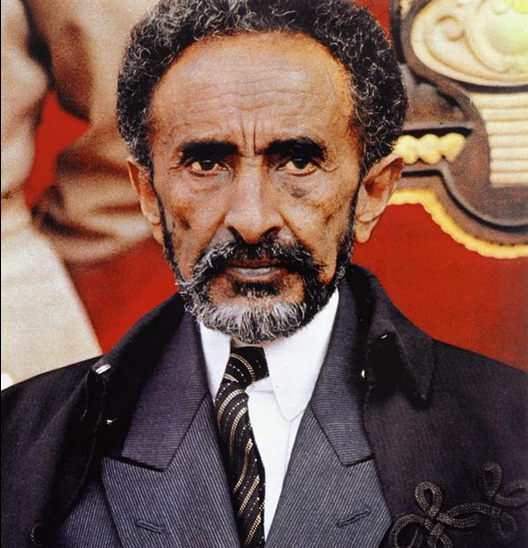 On 27 August 1975 a French reporter phoned the Ethiopian imperial palace, which had been overrun by Marxist army officers the previous year. Haile Selassie I came to the phone. On a poor line, speaking good French, the “king of kings” sounded calm and composed, not suspecting he had only a few more hours to live.

“I am well as before,” said the 83-year-old man some revered as a god. “The soldiers are gone. I am well and so are my people.”

Forty years later, his death remains shrouded in mystery – and the subject of debate. Official sources spoke the following day of his “respiratory failure” but many believe the “lion of the tribe of Judah” was assassinated by revolutionaries determined to overthrow a centuries-old monarchy.

His imperial majesty, emperor of Ethiopia from 1930 to 1974, was a leading figure in both African and world history in the 20th century.

Under his stewardship Ethiopia remained an independent country, the only one in Africa to never have been colonised even though it was occupied by fascist Italy – an invasion he condemned before the League of Nations in an historic speech in 1936.

Convinced that countries must cooperate to solve international problems, the emperor championed the cause of multilateralism.

Ethiopia was a founding member of both the United Nations and the Organisation of African Unity (now the African Union), whose headquarters were established in Addis when it was created in 1963.

“Multilateralism was really part-and-parcel of his practice of power,” said Eloi Ficquet, an Addis-based historical anthropologist, in a phone interview. “His vision of a united and independent Africa with a strong role to play in international affairs was really part of his vision of power.”

Some observers question his motives for raising the banner of African unity during the Cold War era.

Steeped in Abyssinian culture, the illiberal emperor was “rather racist”, according to Gérard Prunier, a French author and analyst who first travelled to Ethiopia in the 1970s, when Haile Selassie was still in power.

The emperor spoke for the politically emerging African continent at a time when the US and the Soviet Union, both distrustful of European colonial powers in Africa, were keen to find well-respected interlocutors on the continent.

“Foreign powers were well aware of the reactionary, unbearable and oppressive nature of the Ethiopian Solomonic dynasty but they all had favourite dictators – and the emperor was a magnificent one,” Prunier remarked.

Although he has turned into a figure of legend – millions of Rastafarians the world over believe he was a messiah – Haile Selassie did face opposition at home. His own royal guard tried to oust him when he was on a visit to Brazil in 1960. Plotters were swiftly executed.

The emperor also faced several rebellions, most famously in Eritrea but also among ethnic Oromos and Somalis in the Ogaden region who believe they were discriminated against under this Orthodox Christian’s rule.

The ruling Ethiopian People’s Revolutionary Democratic Front, whose roots are in a Marxist liberation front, views his enduring popularity with a baleful eye.

His legacy, like his memory, is contrasted and ambiguous in modern-day Ethiopia, according to anthropologist Ficquet.

“The Ethiopian nation is made up of more than 90 million,” he explained. “Not everyone agrees on the emperor but he is still well-respected, even cherished, by some Ethiopians who remember the imperial era as quite prosperous.”

When it turned 70 last week, the United Nations held a special event to pay homage to Ethiopia’s role as a founding member – and to Haile Selassie’s role.

It was a reminder that the emperor had been in the spotlight on the world stage, attending the state funerals of US President John F Kennedy and French President Charles de Gaulle, but that his regime still had its dark side.

In Prunier’s words: “The emperor smiled in a bid to seduce the international community while crushing his rebellious subjects.”