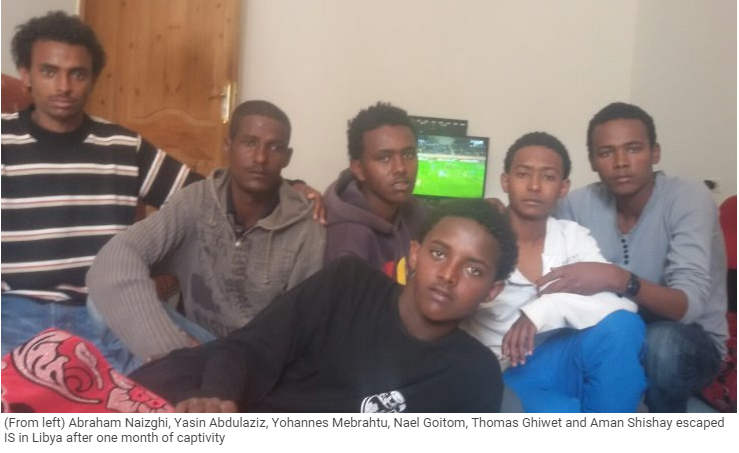 A 16-year-old Eritrean migrant who escaped captivity under the Islamic State (Isis) in Libya has exclusively told IBTimes UK that the jihadists forced him to watch the beheading and shooting of Eritrean and Ethiopian Christians.

Nael Goitom, 16, fled IS captivity along with four other Eritreans minors on 7 April after the extremists decided to move their Libyan camp in the desert to hide from the fighting in the area.

“We thought: it’s better to try to escape than to wait to be slaughtered by them,” he told IBTimes UK in an interview. They walked for four days before reaching a settled area and asking for help.

Under more than a month of IS captivity, the Christian boys were forced to learn the Koran to become “Cubs of the Caliphate”. “They asked us ‘what do you choose, to be killed or to become Muslims?’ Of course we choose the latter. ‘We’ll fight for you’, we said,” Nael said.

But the most harrowing account regards the execution of dozens of Ethiopian and Eritrean Christians in Libya by IS militants, which was shown in a 30-minute video featuring extensive rants against Christianity and the West. [Read the full story here]