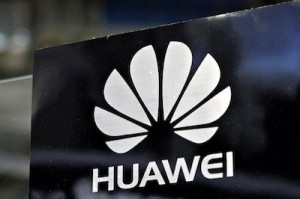 China’s Huawei Technologies will recover $13 million worth of its telecom equipments which had been confiscated by the Ethiopian Revenue and Customs Authority (ERCA) since last year, according to a report by PC Advisor.

This development comes after talks between the Ethiopian and Chinese governments on the issue. The officials are reported to have decided “it was important to maintain cordial bilateral relations,” according to an unidentified ERCA source.

Ethiopian customs had allegedly intended to charge the company with tax evasion and confiscate the equipments indefinitely. However, the company has been ordered to pay 5% of the total tax for the import of the items—which are reported to number up to 235. Huawei is also expected to cover the warehouse costs incurred by the agency while storing the equipments for close to a year.

China has increased its investment in Africa in the past decade, especially in the ICT sector. In Ethiopia the Chinese government has invested over $1.5 billion in a mega-project aimed at expanding the east African nation’s ICT infrastructure.

Several other Chinese-government backed firms have also had disagreements with authorities in African nations over tax evasion and corruption. Several pundits have noted that the outcome of this impasse between Huawei Technologies and Ethiopia may set a precedent for future cases involving Chinese companies in the country.

Deal Still On
Meanwhile, Ethio Telecom have revealed that its $1.8 billion deal with Huawei Technologies and ZTE will not be affected by the recent disagreement between Huawei and ERCA.

Earlier in the year, Ethio Telecom signed a deal with the two companies to introduce 4G broadband internet to Addis Ababa and increase mobile and 3G internet access across the country.

In October, government investigators revealed that Huawei had illegally imported several items into Ethiopia, which the company alleged was done on behalf of Ethio Telecom.

However, this was about nine months before Ethio Telecom published the tender for the contract which has been awarded to Huawei. Pundits say the scenario reeks of inside manipulation and corruption–questioning how Huawei got information of the contract and why Ethiopian authorities are letting the company off the hook so easily.

Ethio Telecom insists it did not commission the importation of the items, which includes energy storage units and telecommunication equipments. The company is reported to have also turned down a request by Huawei to purchase the equipments after it was revealed they had been confiscated in December 2012.

The deal with Huawei and ZTE is part of the Ethiopian government’s efforts to improve the nations ICT sector to bring it on par with that of her neighbors. Currently, Ethiopia has one of the lowest telecommunication penetration rates in the continent—a meager 1% of the population are reported to have constant access to the internet.

Internal observers say this is to a large extent due to the fact that the telecom sector is being monopolized by the state-owned Ethio Telecom. Several private firms are reported to have made attempts to break into Ethiopia without success—only MTN has been granted a license to operate, but the company is yet to set up shop.