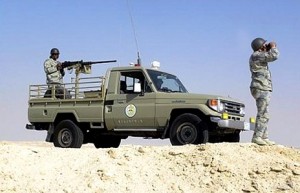 The agency said late Saturday that another three smugglers were wounded and four police were slightly hurt in a firefight.

Citing a spokesman for Saudi security forces, it said the incident in a mountainous area of Asir province came after the smugglers opened fire on border guards trying to arrest them.

The Saudi authorities often announce the seizure of drugs in a country where people convicted of smuggling narcotics are beheaded by the sword.

At the end of November, the interior ministry said that more than 41 million amphetamine pills had been seized over the previous 12 months.

Between February and September, around 1,600 Saudis and foreigners had been arrested in drugs-related cases, it added.