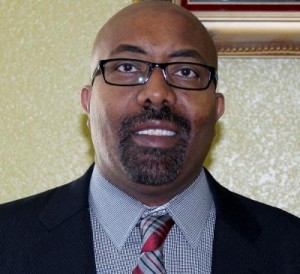 Prominent Ethiopian-American Professor Mohammed Tahiro has filed all necessary paperwork with Texas Secretary of State to run for US Senate as a write-in candidate in upcoming elections. Candidate Tahiro is an economist by profession. He has studied the US deficit and debt for many years. Candidate Tahiro is also an immigrant from Ethiopia, and understands both sides of the immigration debate.

On the Debt
The United States debt obligation is over $17 trillion and growing at astronomical rates. In 2013, the United States borrowed over $680 billion. The United States also paid over $415 billion in interest alone in the same time period (2013). The Federal government has been borrowing and spending huge sums of money during both democratic and republican administrations. Politicians of both parties have not been able to get beyond the occasional rhetoric and deal with the problem head on. Candidate Tahiro believes the main reason we are in perpetual deficit is too much spending and waste in the federal bureaucracy. He has a plan that would responsibly not only reduce but eliminate the deficit through: 1) Fiscal responsibility on social programs there by increasing efficiency and reducing redundancy in the processes; 2) Marginal tax rate cuts; 3) Across the board spending cuts; and 4) Closing tax loop holes.

On Immigration
Since its founding, America has attracted immigrants from all corners of the globe. It offers freedoms and opportunities that are scarce or non-existent in the home countries of many who would brave the seas to taste freedom; and yet, while many come legally, others have chosen to cross our border and stay in the US illegally.

The US shares almost 2000 miles of border with Mexico, most of it running through the unforgiving desert of the southwest. Securing the US-Mexico border completely is a tall order; Illegal immigration has long been a problem. Immigrant rights groups selectively focus on the treatment of illegal immigrants by US border agents almost to the exclusion of the fact that illegal entry into the United States is illegal.

For the 12 million undocumented immigrants already in the US, the only sensible solution is to create a provisional legal status that will, for those who meet stringent criteria, eventually lead to permanent resident status.

While we debate what to do with the millions of undocumented immigrants already here, thousands more illegally cross the southern border each week. The US border enforcement regime does not allow for adequate deterrence measures. Immigrants know, before they leave their native countries, the benefit of successfully crossing the border far outweighs the risk of getting caught by border patrol agents. Any immigration reform should have a strong border enforcement component that exacts real cost on persons who break our laws. America should be welcoming of immigrants who use proper channels.

On Foreign Policy
The world is a chaotic place. The United States of America needs strong military that would protect its interests around the world. The notion that a more “tolerant” foreign policy would lead to world harmony has been discredited. The United States has legitimate economic and security interests around the world, and the US government has an obligation to protect its citizens and interests.

For more information or to schedule an interview with Professor Tahiro, call Crystal Omar at 972-801-8232.

SOURCE Mohammed Tahiro for US Senate