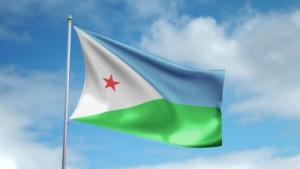 IDGCONNECT ( Djibouti City)- Djibouti is one of the least prominent nations in Africa today, but this relatively small country nonetheless continues to play a gigantic role in the development of the continent’s ICT capacity.

Strategically situated by the strait where the Gulf of Eden and Red Sea meet, this region has been marred by decades of wars. Yet the former French colony has managed to remain stable, and this has made Djibouti a strong ally of many governments across the world, and has spurred the country’s rapid development. Today, Djibouti is considered one of the most important nations on the continent.

This is a big change from the past. For many years, Djibouti was regarded as one of the poorest and least developed African countries. Now, according to some commentators, the World Bank’s approval of a grant to support the nation’s geothermal exploration project last year is symbolic of the government’s developmental aspirations. The exorbitant cost of electrical power has been cited as one of the greatest impediments to growth in the country.

In April, the World Bank published an ‘Invitation for Prequalification’ for the drilling of four geothermal production wells in Djibouti. This project, which is also being sponsored by several governmental and private interests, is expected to double the country’s power supply and end its reliance on Ethiopia for electricity. It will also compliment efforts to diversify the country’s economy and create jobs through industrialization.

Currently, the Djiboutian economy is largely based on maritime services. The country’s main port – the Doraleh Port – has undergone much transformation since it was privatized in 2012. Officials have announced plans to further equip the nation’s harbors with the latest technology to fully capitalize on its strategic position between Asia, the Middle East and Africa.

Analyzing the most connected country in Africa

For many, the most notable thing about this obscure nation in the horn of Africa is that it is one of the most connected countries in the continent today.  This is despite the comparatively small size of its population (859, 652) and the state’s monopoly on internet and mobile network service.

Djibouti currently hosts about seven submarine fiber optic cables and thereby acts as a transit point for neighboring countries like Ethiopia, Eritrea, Somalia, Kenya and many others in the region.

Nonetheless, critics continue to underscore the state’s monopoly over the country’s information technology sector as the greatest drawback to its further expansion. Djibouti Telecom is currently the sole internet and mobile network service provider in the country.

But this has not entirely stifled private interests. Earlier in the year, MTN revealed that the Djibouti Data Center (DDC) had been selected as the gateway point in the continent for its global (Multiprotocol Label Switching Virtual Private Network) MPLS VPN service.

Anthony Voscarides, CEO of Djibouti’s Data Center has noted that the center “offers MTN the opportunity for unique collocation facilities, cable head backhaul and cross connect services, and Internet Exchange services in one of the fastest growing regions in the world.”

MTN officials have announced plans to expand the MPLS VPN service to over 32 countries in the continent by the end of this year. It is however unclear if the company has any intent to set up in Djibouti or if Djiboutian authorities have plans of privatizing this sector anytime soon.

Last month, Orange revealed that another international undersea cable is set to be constructed through Djibouti. The 20,000km Sea-Me-We-5 (South East Asia-Middle East-Western Europe 5) will extend from France to Singapore.

Pundits have noted that this connection will facilitate the expansion of Orange’s network in Africa. The company has meanwhile disclosed that “thanks to the inter-connection point in Djibouti, Orange can open up a new route towards the Indian Ocean to support the booming growth of broadband services in the islands of Reunion and Mayotte.”

One of the United Arab Emirates’ leading network service providers, GBI, has recently also announced plans for extending its undersea cable to Djibouti in a bid to extend into the African continent.

The Chairman of DDC, John Melick, has relayed his excitement about GBI’s expansion into Africa.  According to him, “The addition of the GBI cable system to the DDC ecosystem significantly enhances the DDC’s emergence as the leading strategic global and regional hub in East Africa.”

He went on to explain that the center “is actively contributing in enhancing the communication landscape in Djibouti, East Africa, transforming the economies, and further empowering the business communities by securing connectivity.”

In May, international carrier service provider, BICS, also announced that the DDC has been selected as its gateway into the continent. Johan Wouters, the SVP Capacity Business Management at BICS, disclosed that the company expects to expand and grow significantly by penetrating the African market.

Solving the low internet & mobile penetration in the region

Currently, the internet and mobile penetration rates in Djibouti are estimated to be among the lowest in the region. East Africa reportedly also has one of the lowest internet and mobile penetration rates in the continent. To correct this, Djiboutian authorities have commissioned several initiatives to promote the use of ICT among the general population.

In June, the University of Djibouti officially launched an e-campus in a bid to extend admission to students in neighboring countries. The Minister of Higher Education and Research, Dr Nabil Mohamed Ahmed explained that “This is the perfect platform upon which to build our continuing investment in the youth of this region, for whom world-class education is essential.”

Earlier in the year, the DDC commissioned a new internet exchange point to improve the quality of local networks and reduce internet costs in the region.

In June, the center also announced a special offer for African carriers to access its internet exchange points at a fraction of the usual cost. The move, which has been described as the “democratization of the internet,” will result in reduced network latency as well as faster and cheaper connectivity for network operators.

Mr. Voscarides explained that “Africa has historically been challenged by high internet costs. We are leveraging the DDC’s ecosystem to improve local internet performance, efficiency, resilience, and cost by keeping traffic local. The results are all round improvements for service providers and end users in the region.”

Djiboutian authorities have repeatedly highlighted the important role of private investors in moving the nation towards its developmental goals. To facilitate their investment in the country, the government has eliminated bureaucratic barriers and formulated several conducive policies. Experts say the country is presently one of the safest investment destinations in the region.

Last month, the World Bank announced that it will dole out a US$4 million loan to support a project aimed at attracting private investors into the country.

The World Bank Resident Representative in Djibouti, Home-Zara Fotouhi, pointed out that “In recent years, Djibouti has recognized the potential of the private sector to generate jobs and growth as a means to tackle the country’s persistently high unemployment and poverty rates.”

Meanwhile, Djiboutian officials have signed deals with the governments of Saudi Arabia, Turkey and China that will facilitate the transfer of technological know-how to the country.

Experts say due to its strategic location as a bridge between Africa and the rest of the world, Djibouti’s technological sector has a high potential for growth. According to some, this area of the economy could easily topple maritime services as the main source of national income.