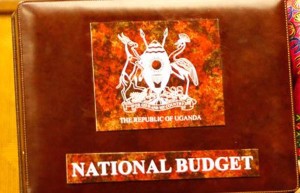 Uganda Revenue Authority (URA) has toughened its punitive measures against tax defaulters in a bid to compel them to comply.

ChimReports has revealed that URA has imposed travel bans on all persons who stood as guarantors for the companies guilty of tax indebtedness.

Reports indicate that URA could still take other more stringent measures; including appropriating the properties of the companies, revoking their operation license and taking them to court.

Allan Ssempebwa Kyobe, the Media Officer for URA, is quoted explaining that “URA under the existing Tax Laws is mandated to request Immigrations to bar any person from traveling out of the country before he or she fully pays the outstanding tax in full or provides a financial bond guaranteeing payment of the tax due.”

Earlier in the month, URA published a ‘list of shame’ identifying 178 companies with a collective debt of about Shs25.8 billion.

Reports indicate that the list was released to the press after several attempts to get the defaulters to honor their debts proved futile. The URA had directed the companies to “settle their outstanding liabilities and, or produce evidence of payment by Thursday 12th June 2014 [or] risk being enforced upon and, or prosecuted for tax defaulting in accordance with the relevant tax laws.”

But Mr. Kyobe says despite this move, only 10 companies have reported to the authorities thus far.

The URA’s Debt Collector Manager, Abudu Salaam Waiswa, further discloses that “Even the few that have responded have not made substantial payments.”

According to him, the response to this ‘list of shame’ falls short of what the authorities had expected – in comparison to the experience with similar revelations in the past.

Reports indicate that URA has already been forced to close several companies this year over outstanding taxes.

URA has struggled to maintain consistency in the funds sourced from the pubic. The organization has already reported a shortfall this year of about Shs475 billion.

While experts say this is due to a drop in the earnings of the banking, telecom and industrial sectors as well as illegal financial outflow, they, nonetheless, also stress the need for URA to maximize its tax collection.

URA recently entered into a partnership with Kampala Capital City Authority (KCCA) to strengthen its tax collection ability in the city. Pundits also say the recent issuance of national identification cards, and the implementation of the East African Community’s single customs territory initiative will improve URA’s ability to rake in revenue.

Meanwhile, last week, Finance Minister, Maria Kiwanuka, told parliament that URA is expected to collect taxes amounting to about Shs9.8 billion this year. According to her, this would support the government’s plan to cover over 80% of its current budget (Shs 12 billion).

Experts have warned Ugandans to prepare for the financial burden the increase in taxes will trigger this year.

The government has also been urged to review the country’s tax laws in order to eliminate any legal loopholes that permit companies to siphon funds without the authorities noticing.