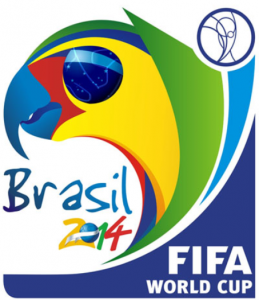 Ethiopia, the bottom seeds in a mini-league expected to be dominated by South Africa, join Algeria, Egypt, Ghana and Ivory Coast in the two-leg play-offs.

Another four group winners will emerge later Saturday with Congo Brazzaville needing an away win and Nigeria, Senegal and Tunisia home draws to ensure progression.

Cameroon host Libya Sunday and a win for either country would take them through to the final round with the draw scheduled for September 16 in Cairo.

Minyahel Teshome was an ironic match-winner for Ethiopia just past the hour mark in a match switched from Bangui to Brazzaville because of post-C.A.R. coup security concerns.

Teshome played in an away win over Botswana when suspended, resulting in Ethiopia being docked three points and having their qualification put on hold.

Central African Republic, out of the reckoning after four losses in a row, took the lead midway through the opening half in the Congolese capital when Salif Keita scored.

After both goalkeepers made outstanding late first-half saves, Salahdin Ahmed levelled three minutes into the second half and Teshome struck on 61 minutes.

Kermit Erasmus put Bafana Bafana (The Boys) in front on 28 minutes with a far-post header and Dean Furman added a second with a close-range shot in stoppage time.

A powerful Jerome Ramatlhakwane header 18 minutes from time offered Botswana hope only for Bernard Parker to bag a late brace, with one goal coming off a penalty. – (AFP)