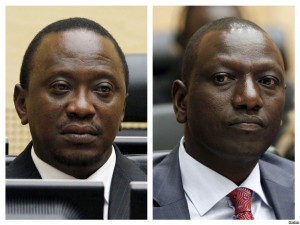 Kenya’s parliament passed a motion on Thursday to withdraw from the Rome Statute which established the International Criminal Court (ICC). This decision comes a week before the country’s deputy president stands trial at the ICC for crimes against humanity.

The motion underscores growing discontent by Kenya over the ICC which is set to try the nation’s top leaders: President Uhuru Kenyatta and Deputy President William Ruto. The two leaders are accused of perpetrating post election violence after the 2008 election which led to thousands of deaths and displacements.

The majority leader in Kenya’s parliament, Adan Duale, noted before a special session of lawmakers that both President Bill Clinton and George W. Bush had argued against the United States ratifying the Rome Statute which regulates prosecution for crimes against humanity. He argued that Kenya should withdraw from the statute since the United States and other World Powers are not part of the Statute.

An official with the Coalition for the ICC, William Pace, said “Kenya gains no legal advantage by withdrawing from the ICC.” The country will still be required to comply with proceedings that are already underway. “In the long run, the promoters of this action are hurting the reputation of Kenya as a nation that supports international human rights and the rule of law,” he added.