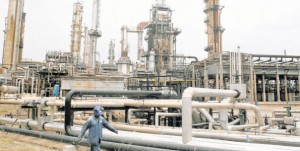 East African leaders from Kenya, Rwanda, and Uganda have agreed on the process of implementing the construction of a regional oil refinery, which will be located in western Uganda.

The member states made the mutual investment decision at a time when the region is emerging as a gas and oil producer with the discovery of commercially feasible quantities of natural gas and oil in Tanzania and Uganda respectively, experts say.

The successful discovery and exploration of considerable oil deposits in Uganda and Kenya has reportedly necessitated the construction of the proposed refinery that will connect to the Mombasa port.

Currently, Kenya’s Petroleum Refineries is the only petroleum processing facility in the region and merely generates 35,000 barrels per day. Furthermore, this refinery is incapable of handling the discovered oil deposits in Kenya and its neighbouring countries, South Sudan and Uganda, experts say.

The proposed refinery will see Uganda produce 60,000 oil barrels per day, overshadowing Kenya’s refinery, which operates at half this capacity, reports reveal.

Meanwhile, the Kenyan economy lost approximately more than Sh8 billion yearly from the inadequacies related to the Changamwe-based refinery that faced closure early last year, according to online media.

The mutual decision to build the oil refinery reportedly was made in 2013 after statistics revealed that regional consumption was more than 200,000 oil barrels per day and grew at 5% per annum as of last year.

The proposed project by the participating states will see the refinery developed in a modular manner under a private-public partnership. The impending multi-billion refinery will be jointly owned by the public (40%) and the private sector (60%) according to Reuters.

Hoima district was reportedly chosen for the proposed refinery because of its sparse population and proximity to the country’s oil fields, experts say.

Uganda, like other states in the region, continues to grapple with shortages in petroleum products, media reports indicate.

However, the proposed refinery will improve the refining capacity within the region, while ensuring the security of petroleum supply particularly for landlocked nations such as Burundi and Rwanda, analysts say.

In addition to being a strategic investment for the region and the nation, developing Uganda’s refinery will enhance the country’s payment balance by decreasing the import bill from petroleum products, experts say.

Besides the regional refinery, the construction of a crude oil pipeline linking Uganda’s oilfields to Kenya’s Lamu seaport is one the various agreements included in a pact signed last year, sources reveal.

An anonymous government official has however cited energy challenges and security concerns as factors that could potentially derail the plans.

On a similar note, experts say that a pipeline could be extremely expensive. They further add that participating states would have to invest in an integral heating system to maintain the flow of the crude oil besides protecting it against sabotage.

Reports indicate that the proposed refinery is not expected to become fully operational until 2020. Meanwhile, Ethiopia and South Sudan are expected to join the project at a later phase.