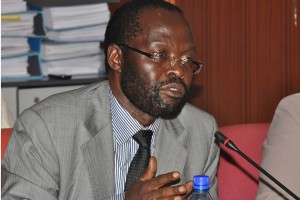 One of Kenya’s main opposition party has expressed “strong displeasure” over the government’s crack down on illegal migrants in Nairobi’s Somali-populated Eastleigh district.

According to the acting chairman of the Orange Democratic Movement (ODM), Peter Anyang Nyong’o, the operation, code-named Uslama Watch, seems very similar to “Operation Anvil of the Mau Mau era or the Wagalla operation of the 1980s.”

He further criticized the plan to apprehend suspects based on ethnic and religious profiling saying “We do not think indiscriminate picking of Somalis is the answer. Al Shabab is no longer a Somali issue.”

Reports indicate that since the round up exercise commenced last week, up to 6,000 suspects have been taken into custody. Officials have, however, revealed that more than 1,000 of the suspects have been released after being screened, while about 69 of them have been charged and 82 deported to Somalia.

Several Kenyan pundits as well as the majority leader of the country’s National Assembly, Aden Duale, have also expressed dissent for the move.

However, sources indicate that Kenyan security agencies are determined to continue the controversial operation.

Meanwhile, the head of Eastleigh’s Business Community, Hassan Gulled, has told the press that business owners in the commercially renowned area will take to the streets on Friday to protest against the security exercise.

The ODM has demanded that the government provides a timetable for withdrawing from Somalia.

In the past few months, the Somali Army and AMISOM forces have intensified their attacks on al Shabab’s strongholds in southern and central Somalia. Observers say this has resultantly led to an increase in reprisal attacks from the terrorists, including last year’s raid on the Westgate Mall in Nairobi.