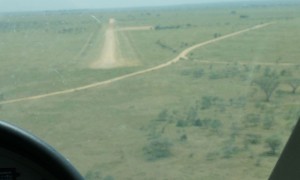 The protracted battle over the construction of an international airport near Tanzania’s Serengeti National Park is almost over, reports indicate.

According to reports, plans for the construction of the facility, which is expected to begin early next year, are almost complete.

After reports emerged that Tanzania Civil Authority has endorsed the project, sources say what remains is the release of an environmental assessment report by the National Environmental Management Council (NEMC).

For six years, the Tanzanian government has reportedly faced stiff resistance from environmentalists and conservationists opposed to the construction of the ultra-modern airport.

The government’s move follows a previous attempt to build a 321 kilometre tarmac road through the National Park, reports indicate. However, this plan was shelved over concerns that it would supposedly destroy a renowned animal migration route.

Reports indicate a U.S. based conservationist, Paul Jones, has partnered with the Tanzanian government to construct the upcoming airport next to the Serengeti.

Sources indicate that Mr. Jones, who has supposedly invested heavily in conservation and tourism, has agreed to fund the airport’s construction. Analysts remark that the airport will help ease tourist movement within the park.

Reports indicate that approximately Tsh 50 billion has been reserved for the airport, which is expected to decrease the time spent by tourists traveling from the closest airport in Arusha to Serengeti.

According to the Member of Parliament for Serengeti Constituency, Dr. Kebwe, the government has a lot to gain from constructing an airport next to the national park.

The Member of Parliament further stated that the construction would take place in Mugumu town, which is situated 20-30 km from the Serengeti Park to ease tourist movement. Dr. Kebwe also stated that the airport would be medium-sized to cater for the flights that can accommodate up to 60 passengers.

Analysts believe the airport’s construction is aimed at capitalizing on the international and local tourists who may find road transport unfavorable because of poor infrastructure leading to Serengeti. Analysts further anticipate a boost in Tanzania’s tourism in subsequent years.

The impending project is said to be part of President Kikwete’s vision to develop a new access to the country’s northern tourism circuit as well as open up possible investment opportunities. President Kikwete remarked that the idea behind the impending airport is to permit large jets to land directly at Serengeti in order to provide holidaymakers a hassle-free trip.

The President further stated that the airport would provide tourists the option of using either Serengeti or Kilimanjaro airports.

According to reports, Mr. Jones is willing to finance the project not only because of the ties he has with the African country, but also because it would benefit his business since his high-end clients would use the airport.

The government is hopeful that constructing an airport near the park would be beneficial to the people residing in the area. Currently, only 18% of the revenue generated on the northern circuit reaches the communities in that area via multiplier effects, sources indicate.

Opponents have apparently denounced the project, citing fears of increased human activities near the Serengeti-Mara ecosystem. They argue that the new airport would pave way for unsustainable development in the region.

Meanwhile, critics state that the takeoff and landing of huge planes in Mugumu could ultimately ruin migration patterns.