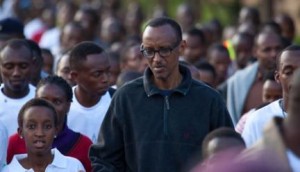 After twenty years, the United Nations Security Council has resolved that the 1994 genocide in Rwanda will now be referred to globally as the “Genocide against the Tutsi.”

This decision, made during the Security Council’s session on Thursday, is a major victory for the Rwanda government, which has lobbied aggressively to have the name recognized globally.

There has been a controversy raised over the term by those who argue that other communities were killed also.

But those who defend the new name say people from other communities who were killed fell victim for being against the genocide or trying to protect the Tutsi.

The UN’s legal definition of a genocide (Article 2 of the Convention on the Prevention and Punishment of the Crime of Genocide (1948)) is: “Any of the following acts committed with intent to destroy, in whole or in part, a national, ethnical, racial or religious group, as such: Killing members of the group; causing serious bodily or mental harm to members of the group; deliberately inflicting on the group conditions of life calculated to bring about its physical destruction in whole or in part; imposing measures intended to prevent births within the group; [and] forcibly transferring children of the group to another group.”

The resolution on Rwanda is seen as an opportunity for the country to demand its rights as provided for in the UN Convention on Genocide, which was passed to outlaw actions similar to the Holocaust by Nazi Germany during World War II.

Rwanda is expected to use the resolution not only to seek compensation in the form of a Marshal Plan-like reconstruction of the country, but also to put pressure on countries in particular in Europe that remain a safe haven for masterminds of the genocide, who have evaded justice, with some having acquired foreign nationalities, complicating the process of extradition to Rwanda.

On Thursday, Rwanda’s deputy permanent representative to the UN, Olivier Nduhungirehe, said on his Twitter account that it was a victory for Rwanda, particularly coming on the 20th anniversary of the genocide.

“It’s worth noting that this resolution is the very first since 1994 to recognize ‘genocide against the Tutsi,’ away from the ‘Rwandan genocide.’ It is unbelievable that 20 years after, we had to argue with world powers about the group that was the victim of the genocide,” he tweeted after the session.

“We fought hard for the past days but I am proud tonight. You may be surprised but our strongest ally in this fight was…” he said in reference to France, which surprisingly supported the resolution.

Rwanda and France have had disagreements on the events that led up to the genocide, with Kigali accusing the government in Paris of abetting the genocide.

The discussions on the renaming of the Rwandan genocide, however, was met with resistance, with some countries attempting to block it; but it ended in a compromise with a reference to the “1994 genocide against the Tutsi in Rwanda, during which Hutu and others were killed.”

“This has been our position and we have always stressed the need for the international community to recognise that the genocide targeted one group of people and it had been planned,” said Jean Pierre Dusingizemungu, the president of Ibuka, the umbrella association of genocide survivors.

The Rwandan Genocide was a genocidal mass slaughter of ethnic Tutsis by ethnic Hutus that took place in 1994 in the East African state of Rwanda. Over the course of approximately 100 days (from the assassination of Juvénal Habyarimana and Cyprien Ntaryamira on April 6 through mid-July) over 500,000 people were killed, according to a Human Rights Watch estimate.Estimates of the death toll have ranged from 500,000–1,000,000, or as much as 20% of the country’s total population. It was the culmination of longstanding ethnic competition and tensions between the minority Tutsi, who had controlled power for centuries, and the majority Hutu peoples, who had come to power in the rebellion of 1959–62.

Today, Rwanda has two public holidays commemorating the incident, with Genocide Memorial Day on April 7 marking the start, and Liberation Day on July 4 marking the end. The week following April 7 is designated an official week of mourning. One global impact of the Rwandan Genocide is that it served as impetus to the creation of the International Criminal Court, so that ad hoc tribunals would not need to be created for future incidents of genocide, crimes against humanity and war crimes.The Rome Statute is the treaty that established the ICC, and was adopted by the United Nations General Assembly at a diplomatic conference in Rome on 17 July 1998.

Photo by Xinhua: President Paul Kagame participates in a walk to march the 1994 genocide last year.