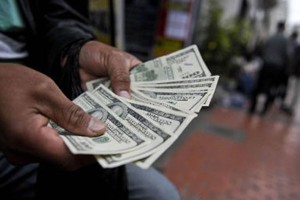 The African Union has settled on Nairobi to host its remittances advisory unit as governments look to encourage emigrants to send money back by making transfers more affordable.

In a statement issued from its headquarters on Monday, the AU Executive Council directed the AU Commission to conclude the Host Agreement with Kenya to ensure the formal take-off of the African Institute for Remittances (AIR) this year.

Kenya beat Mauritius, Egypt and Djibouti, which have all been campaigning since 2010 to host the AIR Secretariat. The institute is scheduled to be fully operational by 2015, said the AU.

“The establishment of AIR, the first of its kind in the world, is a cornerstone in harnessing diaspora resources for social and economic development in Africa”, the statement quoted AU commissioner of social affairs, Dr Mustapha Kaloko, saying.

The plan to set up a fully-fledged secretariat in Nairobi marks a major step by African governments to address the current policy vacuum to make the transfers cheaper, faster and safer.

The AU has already drawn up a budget of Sh234 million (€2.1 million) for setting up the AIR Secretariat in Nairobi.

“The project partners agreed to the need for sustained collaboration and coordination of efforts in support of the Institute to achieve the planned improvement in the market for remittances, and to leverage their impact on development in the continent,” the AU said in a statement.

Through research, the Kenya-based AIR Secretariat is expected to seek ways of improving legal and regulatory environments with aim of encouraging more Africans abroad to send money home.

The African ministers have in the past recommended increased competition and adoption of innovative financial products as one way of driving cost of remittances.

Sub-Saharan Africa is already a top recipient of diaspora remittances, but high transfer costs have been cited as one of the hurdles that need to be addressed expeditiously.

At continental policy level, Africa’s migrant population is seen as a critical economic force due to their large size and billions of dollars they remit home each year.

The 2013 remittances forecast by the World Bank was $33 billion in 2013, a figure that is expected to grow to $36 billion this year and to $39 billion by end of next year. This money is usually spent  on consumer goods, sources say.

The Nairobi-based Secretariat faces a hard task of crafting policies that will see the funds go to productive segments that empower citizens economically.

Kenya itself is a top recipient of diaspora remittances with Kenyans living abroad sending home a total of Sh110.9 billion last year.

The level of money received annually rivals the nation’s tea export, is equivalent to one third of the country’s 2013/4 budget deficit and double the $750 million borrowed from the International Monetary Fund through extended credit facility.