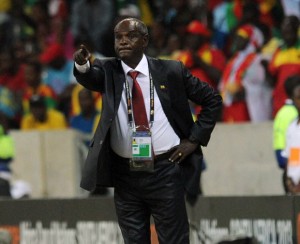 The Walya Antelopes of Ethiopia will take to the field against the Red Devils of Congo later today at the Free State stadium, Manguang, as both teams eagerly seek to record their first points of the competition.

The Walyas lost their first game on Monday to the Mediterranean Knights of Libya, while the Red Devils also bowed, with much resistance, to the Blackstars of Ghana.

Pundits insist the Walyas are still one of the top candidates to take the cup despite losing their first game. However, their chances of making any mark in the competition hinges on their performance today.

Many observers have, meanwhile, remarked on the Red Devil’s display against the Blackstars of Ghana – one of the most highly rated teams in the continent – as a sign that they may have been underrated coming into the competition.

The Blackstars managed to snatch victory from the Red Devil’s with a single goal in a closely contested match on Monday – which saw the Red Devil’s hit the bar at least two times.

Walyas coach Sewnet Bishaw has noted that his team stands in a precarious position after losing to the Mediterranean Knights on Monday.

He however revealed that he is confident his team can steal victory in this game, which he described as “the decisive one.”

He recently told the press that “It is now a do or die mission and the players are well aware of this.”

If the Walyas lose today, their chances of progressing to the quarter final stage of the competition will have been drastically reduced. But the same goes for the Red Devil’s, who would be eager to carry this trophy back home to central Africa as their neighbor, the Democratic Republic of Congo, did in 2009.

The coach of the Red Devils, Sebastian Migne, has noted that his team is psychologically primed to wrestle a victory from the Walyas today.

He added that several errors in his team’s performance have been identified during their match against the Blackstars and hopefully the changes made as a result will assist them secure victory today.

In the other Group C match later in the day, the Red Devils of Congo will take on the Mediterranean Kinghts of Libya at the Peter Mokoba Stadium, Polokwane.

A victory for either side will bring that team closer to securing a spot in the quarter final stage of the competition.

Blackstars coach Maxwell Konadu has revealed that his team would need to improve when they take on the Mediterranean Kinghts later in the day in order to secure a victory.

The Blackstars snatched their first points on Monday after a single-goal victory against the Red Devils of Congo.

Many commentators have said that, had the Red Devils been luckier to have their numerous shots a little more on target, the scoreline would have been much different.

Meanwhile, the Mediterranean Knight’s coach, Javier Clemente, has said that his team will suit their style to match that of the Blackstars.

“I hope the youthfulness of my side and the experience of Ghana will produce an interesting contest,” he told reporters.

In the round of matches yesterday, the Cranes of Uganda were held to a goalless draw against the Warriors of Zimbabwe. While the match between the Stallions of Burkina Faso and the Lions of the Atlas also ended in a draw (1- 1).