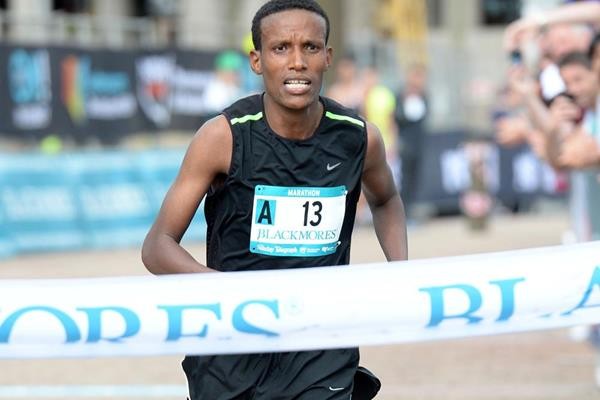 U.S. anti-doping authorities have banned the Ethiopian winner of the 2016 Houston Marathon for 18 months after he tested positive for steroids.

According to the USADA, Burka’s sample, which was collected on January 17th during the Houston Marathon, tested positive for prednisone.

“Prednisone is a substance in the class of Glucocorticoids and is prohibited in competition,” a  USADA statement read.

Burka, whose ban is scheduled to end in August 2017, said he had been taking prednisone in small doses after a doctor’s prescription. However, he did not disclose its usage to officials before the Houston Marathon.

As a result of the ban, Burka would have to relinquish his 2016 Houston Marathon title and other victories which came after January 17th.

Burka’s suspension comes amid an anti-doping campaign that has affected Russia, Kenya, and Ethiopia.

The World Association of Athletics Federations (IAAF) has reportedly been investigating Ethiopian Athletics after a tip from a whistleblower.

Jama Aden, a Somali national, was arrested after Spanish authorities raided his hotel room in Catalonia.

EPO, a blood-boosting drug, and other unidentified medicines were reportedly found in two rooms in the hotel where Aden resided and trained over 20 athletes, including Dibaba.

The 53-year-old coach, who has vehemently denied doping his athletes, has a history of grooming middle-distance athletes.