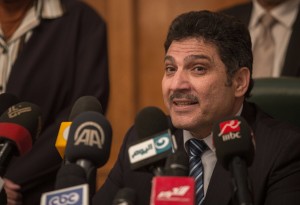 Egypt has questions for Ethiopia regarding the construction of a new 2,000-megawatt dam which was announced by Prime Minister Hailemariam Desalegn during a speech in parliament last week.

Egypt’s Irrigation Minister Hossam Moghazy said on Tuesday that Cairo needed more information concerning the dam, which is soon to be built.

According to Moghazy, Cairo’s request for details of the dam is not official but “friendly.” Egypt would like to know the location of the dam, and which particular river(s) it will feed off.

Egypt, Sudan, and Ethiopia have been negotiating over the Grand Ethiopian Renaissance Dam (GERD) for over two years now.

The GERD, which is scheduled to be completed in 2017, would be the largest hydro-electrical plant in Africa. The dam will generate about 6,000 megawatts of electricity.

Egypt’s main concerns regarding Ethiopia’s plan to constructing a new dam seems to be rooted in the suspicion that it will feed off the Blue Nile.

Egypt, which has traditionally depended on the Nile for drinking water and agriculture, has expressed concerns regarding the construction of the GERD.

Egypt fears its historical share of fresh water from the Nile would be decreased by the GERD. Upon completion, the dam would have a storage capacity of 74 billion cubic meters (14.5 billion gallons of water).

Ethiopia has been working to allay the fears of Egypt and Sudan – both beneficiaries of the Nile.

Last month, the three countries hired two French consultancy firms to conduct studies on the possible impact of the GERD.

The studies being carried out by BRL and Artelia is scheduled to be completed by the end of the year.