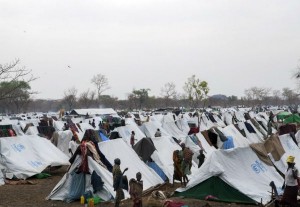 The Star (Addis Ababa) – Ethiopia has overtaken Kenya to become the largest refugee-hosting country in Africa, the UN refugee agency announced on Tuesday.

Speaking during a press briefing at the Palais des Nations in Geneva, UNHCR spokesperson Adrian Edwards said Ethiopia is currently sheltering 629,718 refugees as of the end of July. Kenya, in comparison, is host to 575,334 registered refugees and asylum seekers.

The South Sudan conflict which erupted in December 2013 is the main factor contributing towards the flood of refugees to Ethiopia. Edwards said the crisis has sent 188,000 South Sudanese refugees into Ethiopia since the beginning of 2014.

“There are at present 247,000 South Sudanese refugees in the country, making them the largest refugee population.” Edwards added.

“Together with the Ethiopian government and other partners, we are providing protection and humanitarian aid in 23 refugee camps and five transit sites around the country.

Three of the camps and three transit sites are new – having been opened since the beginning of the year to handle the growing number of refugees fleeing the fighting in South Sudan. All three camps are at capacity and we are developing two more. While refugees wait to be moved to the new camps, more than 18,000 are sheltered in three temporary sites in Pagak, Pamdong and Matar in the western region of Gambella.” the UNHCR spokesperson added.

He said however that heavy floods has in recent weeks flooded the three camps. Some 10,000 refugees are believed to have been affected. Many tents and shelters are under water and latrines have collapsed; increasing the risk of waterborne diseases. The UNHCR is reportedly moving the refugees to drier spots.

“We are also speeding up development of the new Nip Nip camp-some three kilometers from Leitchuor. It will be able to accommodate 20,000 refugees.” Edwards said.