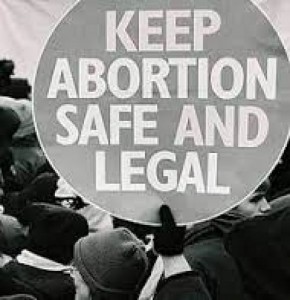 IRIN (Addis Ababa) After decades battling high maternal death rates – at least a third of which were due to botched abortions – Ethiopia took a stand: it prioritized newborn and maternal health, and in 2005 it relaxed its abortion law in an effort to save women’s lives.

Stopping short of legalizing abortion, the new law decriminalized the act. It also allows women to terminate pregnancies that result from rape or incest, if the foetus has a severe defect, or if a girl is under the age of 18 and cannot care for the baby herself. Before 2005, a woman could only have an abortion if it was a matter of life or death.

“Anecdotally, I would say [the law] has had a huge impact on saving lives of girls and mothers,” said Addis Tamire Woldemariam, general director for the minister of health, but he said he did not have official numbers on the law’s impact.

The latest statistics available are from 2008, which show that 27 percent of women who sought abortions in Ethiopia did so legally and safely. That still suggests more than 70 percent of abortions were done in unsafe conditions by untrained providers, but before 2005, that figure was much closer to 100 percent.

“Before, women would drink a tea made of plants to induce abortion,” said one health extension worker in the northern village of Mosebo. The women would then have extremely painful cramping followed by heavy bleeding – too heavy, she said. “It is much better now. We encourage them to go the health centres or clinics.”

But one major reason women are not getting safe abortions is that most Ethiopians live in places even less accessible than Mosebo, which is just off a bumpy gravel road that stretches 43km to the northern city of Bahir Dar. Getting to a health facility that provides abortion care is extremely difficult.

In Ethiopia’s capital Addis Ababa, Dawit Argaw owns a Blue Star Clinic – a private health facility partnered with Marie Stopes, a global provider of newborn and maternal care, contraception and safe abortions. He explained that if he did not perform the abortions women sought at his clinic, they would just end up choosing a dangerous option.

“The main reason that we do this is that we have seen so many complications [from abortions performed illegally], by [untrained] persons,” Argaw said. It used to be common that women would come to his clinic with puncture wounds or severe infections from botched abortions. “But since 2009 [four years after the new law was implemented], we have seen this maybe two or three times.”

While the vast majority of women seeking abortions are still getting them through unsafe means, in large cities like Addis, women can get to clinics and doctors more easily.

But women’s health is also helped by increased access to contraceptives, and the number of women who have unwanted pregnancies is in decline as more women use birth control. “Ten years ago, contraceptive prevalence was 6 percent, and the most recent figures are at 40 percent,” Woldemariam said.

Grateful for the service

At the Marie Stopes Clinic in Addis Ababa, a woman sits in a small room with a desk, a bed with stirrups attached and a thin curtain. Here, she receives contraceptive advice. “We consult with her and have her choose a family planning method before she receives the abortion care,” Sister Tihish, the nurse, explains. The patient, who withheld her name, also did not disclose how she got pregnant, “but many of the cases we receive are because of rape,” the nurse says.

In cases of rape or incest, women are not required to give proof. Woldemariam of the Ministry of Health said making a woman relive the psychological trauma of rape by asking for evidence would be “immoral” and “inhumane”, so many abortion-providers have adopted a “don’t ask” policy. For many, that leaves a gaping loophole in the law and gives women a way to get abortions for reasons beyond what is legally allowed.

Dr Seyoum Antonios vehemently opposes the abortion liberalization. The general surgeon explains the requirements are far too lax. “You look at the books at these clinics and all of them say ‘rape, rape, rape’ with no proof,” he exclaims. “My country is being painted as a land of rapists.”

But for 29-year-old Khadija Ali, who asked that her real name not be used, access to an abortion was a matter of life or death. “I was working as a housekeeper in Bahrain when my employer raped me,” she explains, wringing her hands in pain from cramps as the abortion pills she took a few hours earlier took their toll. “I became pregnant, and immediately returned to Ethiopia because no one could know it happened, or else I would be seriously hurt or even killed.”

Her friend told her about the Marie Stopes Clinic, which provides abortion care and contraceptive counselling. “I am very glad,” she said, for the service. Still, Khadija says she will never tell anyone – including her husband – what happened, and definitely not about the abortion.

Khadija is not alone in keeping her silence. “This is something very sensitive in the community,” Woldemariam said. “I mean people practice it, but they do not want to talk about it,” which is fine, he said, as long as women are getting the care they need.

The vast majority of Ethiopians are socially and religiously conservative within their respective beliefs. Orthodox Christian leaders, who have the most followers in Ethiopia, are willing to privately consult families on family planning but would never discuss abortions. That is the case with almost all communities, Woldemariam explained.

A local priest in Mosebo village said that is how he advises families and what he practices in his own family. “Children are a gift from God, but having more children than you can feed is an even bigger sin,” he explained.

Magadesa Mugeda, a resident of Mosebo pregnant with her second child, agrees. Her daughter was born five years ago, and she used an injectable contraceptive to plan her family. “With our land and our resources, we could not afford to have more kids,” right away, she said.

When asked about abortions, Mugeda immediately tensed up. “I do not know or care to discuss these things.”

Abebe Asrat, a no-nonsense midwife at the Marie Stopes clinic agrees with Mugeda. “Do not ask me what I think of government policy,” when it comes to abortions she said. “Almost everyone is against abortions… but we do what we have to,” she explained. There are alternatives, she insisted: women should be encouraged to use contraceptives and family planning methods to prevent the whole ordeal.

Argaw said if he did not see that safe abortions saved women’s lives, he would have a harder time accepting how his work was conflicting with his religion. “Religiously [abortion] may be forbidden. Even in my religion it is forbidden. But for me as a human being I accept it [is necessary],” he admits. “So that is why I do it.”