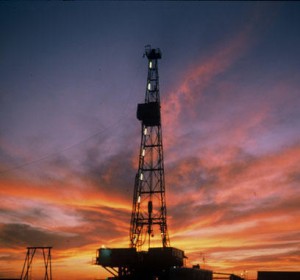 British Petroleum has entered an agreement with the Somali government to resume its oil and gas exploration activities, which were abruptly stopped in 1991 after the central government was toppled.

Reports indicate that the Somali government has been involved in negotiations with several petroleum companies who were operating in the country prior to the outbreak of civil war.

According to Strategic Intelligence News, several other petroleum companies are interested in securing exploration licenses in Somalia in order to access the country’s reportedly vast oil and gas reserves.

Somalia’s petroleum industry was reportedly still in its infancy when exploration companies were forced to pack up in 1991. However, since some level of stability has been successfully achieved following the formation of the federal parliament in 2012, many petroleum companies have expressed interest in harnessing the country’s reserves.

Last year, the Somali Federal Government signed an exploration agreement with Soma Oil and Gas. Reports indicate that the company is currently conducting a 2D seismic study of Somalia’s offshore oil and gas reserves, after which Somali authorities have revealed that drilling licenses will be issued.

The head of the Petroleum Department of the Federal Republic, Hussein Ali Ahmed, has confirmed that a deal has been reached with BP. However, it is currently unclear how the negotiations panned out with the other petroleum companies – such as Total, ENI, Shell, Conoco, Philips Petroleum and Chevron – who also had exploration concessions in the country.

Meanwhile, the petroleum industry has been steadily growing in the semi-autonomous regions of Somalia.

Officials from the Somali government have, however, questioned the validity of these licenses, noting that federal representatives were left out of the negotiations.

Many pundits have called on the federal parliament to review the country’s allegedly outdated petroleum regulations and develop security solutions to ensure the industry is not crippled by terrorists.

Last year, the Minister of Energy and Minerals of Somaliland, Hussein Adbi Dualeh, disclosed plans of forming a separate military unit dedicated to the petroleum industry.