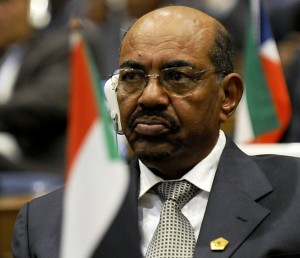 The Government of Sudan has issued a decree imposing restrictions on political assembly and media commentary.

Reports indicate that the order, issued on Monday by the president, requires all political groups to seek permission from the authorities before holding any meetings.

Several media houses have reported that the ban only affects public gatherings. However, according to Radio Dabanga, the decree states that “political parties do not have the right to hold public meetings, rallies, and seminars within their headquarters without obtaining the prior approval of the competent authority.”

The edict reportedly requires political groups to apply for permission to assemble at least 48 hours before the meeting is scheduled. Nevertheless, the government has a right to decline the request for a license to gather publicly in the interests of the general public.

These new orders directly contradicts the Sudanese government’s assertions less than two weeks ago concerning the freedom of political groups.

President Omar al Bashir had guaranteed political groups their freedom of assembly in a bid to encourage unity and create a stable backdrop for national reconciliation talks. Bashir also relayed plans of releasing political detainees and allowing the rebels take part in the much anticipated and debunked national dialogue.

Meanwhile, political groups in Sudan have criticized the latest move by the government as a ploy to tighten its grip on power. Several commentators have also underscored the fact that it is illegal for the President to singularly make constitutional amendments.

The president’s directive also placed limitations on political commentary deemed to be divisive and sets conditions for political advertising.

Prior to the president’s latest orders, several Sudanese opposition groups had voiced their mistrust for the government’s conciliatory gesture and expressed their determination not to partake in the process.

However, at least two political parties – the National Consensus Forces (NCF) and the Sudan Revolutionary Front (SRF) – had voiced their support for the initiative. They, however, have requested that the dialogue is supervised by an independent body.

Meanwhile, the humanitarian situation in parts of Sudan continues to deteriorate and the United Nations has warned of an impending food crisis as refugees from Darfur and neighbouring South Sudan increase the pressure on aid agencies.