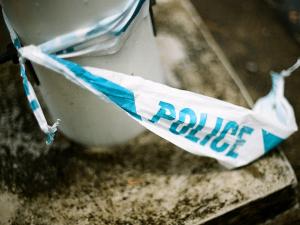 Fifteen members of Burundi’s opposition party have been reportedly injured following clashes with the police late on Saturday.

The Police also apprehended many other suspects at the headquarters of the MSD party.

Pundits say the political wrangling in the East African nation is a vestige of over 12-years of civil war.

Many have also noted that the political uncertainty raises concerns ahead of the country’s elections next year.

Observers have reportedly criticized the use of heavy-handed approaches by the police to break up meetings.

According to the United States Department, the police attempted to disperse a peaceful meeting by the women’s section of the United for National Progress party as they attempted to celebrate International Women’s Day.

Separately, the police supposedly attempted to prevent a meeting by the opposition at the headquarters of the Movement for Solidarity and Democracy (MSD) party.

Reports indicate that the United States is concerned by the government’s actions to disband two separate meetings held by opposition parties.

The U.S. government also reportedly condemned the MSD for holding two officers hostage during the demonstrations, adding that the actions by the police contradicts Burundi’s outstanding progress toward developing a peaceful democracy.

According to Hermenegilde Harimenshi, the police spokesman, another 20 people were apprehended for not complying with orders.

The United Nations Human Rights Commission has expressed concern at increasing limitations on political and civil rights in Burundi following several alleged violent acts by the police and youth wing of the ruling party. The commission further condemned the interference of public meetings held by opposition parties.

Although Burundi’s political scene has experienced relative calm recently,  rights groups have reported a series of political killings, intimidation, and crackdown on media freedom since the re-election of President Pierre Nkurunziza in 2010.

Meanwhile, the U.S. State Department has emphasized the significance of every party in Burundi respecting the democratic procedure to permit free, peaceful, and fair elections in 2015.

Members of UPRONA, a Tutsi-led party, and other groups, have accused the President, who is a Hutu, of attempting to alter the constitution in order to extend his power and undermine a power-sharing agreement between the two main ethnic groups in the nation.

President Nkurunziza has not commented on the accusations.