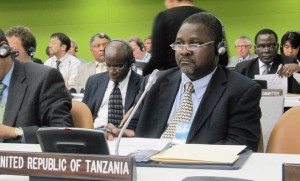 Reports indicate that Tanzania may postpone its debut Eurobond until the following fiscal year following a delay in obtaining a risk evaluation by Citigroup Inc.

According to reports, the delay slowed the issuance of credit ratings according to Servacius Likwelile, the Permanent Secretary for Finance Ministry.

The Tanzanian government reportedly had plans to issue $700 million of the debt in the current financial year, which ends June 30th.

During an interview conducted on February 7th in Dar es Salaam, the country’s capital, Likweile stated that a risk evaluation being performed by Citigroup Inc. was incomplete and Tanzania has not yet applied for a credit rating.

The Permanent Secretary further added that the government plans to issue as much as $950 million of Eurobonds during the 2014-15 budget year should the sale not occur this financial year.

On February 5th, Benno Ndulu, Tanzania’s Central Bank Governor, indicated that the Eurobond could be up to $1 billion and the issuance was likely to take place in the second half of this year.

He further stated that Tanzanian officials wish to finance new ports, railways, roads, and tap the nation’s vast coal and natural gas reserves to stop chronic energy scarcity.  According to Ndulu, the former plan to issue the bond during the 2013/2014 fiscal year would be difficult to achieve.

The Governor also stated that the country is on course to decrease its huge current account debt, which the IMF placed at 13.5 percent in the 2012/2013 fiscal year.  Reports indicate that the government is working hard to reduce it to 5% this year.

Last year, reports indicated that the government planned marketing trips to Britain and the U.S. ahead of the Eurobond issuance.

During an interview conducted last year, Dr. Joseph Masawe, director of economic policy and research at the central bank, stated that the government has been sourcing for funds from non-concessional sources at good interest rates.

He further added that the government had hired Citigroup Inc to offer advice on the Eurobond issuance and expected an independent credit rating by November last year.

Likwelile has disclosed that the recently reported delay occurred due to slight deviations from the contracted terms, which the parties expect to resolve soon.

Reports indicate Citigroup has presented proposals, which the Tanzanian government is willing to negotiate.

Simon Boughey, a spokesman at Citigroup Inc. and Joseph Carasso, a country manager at Citibank-Tanzania, stated that they could not provide immediate responses to the e-mailed requests.

According to sources, Tanzania is one of a few African countries issuing dollar debt in order to fund infrastructure projects required to bolster financial growth in Africa.

Pundits say improving electricity and transportation will help decrease food and energy costs, which are reported to be the biggest inflation contributors in the continent currently.

Rwanda reportedly became the first country in East Africa to sell Eurobonds after raising $400 million in April. Kenya on the other hand, is expected to sell Eurobonds of up to $2 billion according to Henry Rotich, the Finance Minister.

With the postponement of Tanzania’s Eurobond sale, the government is reportedly seeking up to $700 million in syndicated loans in subsequent months, according to Likwelile.

Meanwhile, Likwelile has noted that the Tanzanian government has no concerns regarding its borrowing level since the total debt to GDP ratio presently stands at approximately 24.8 %.