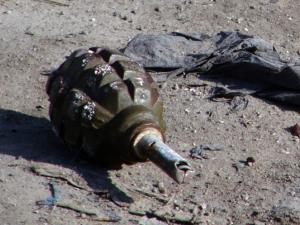 Authorities further indicate that they have not made any arrests so far. According to reports, police have so far failed to offer additional information on the details surrounding the attack as well as the possible motive.

However, the police allege that the attack may be associated with anti-government rebels operating in neighboring Congo.

In recent times, Rwanda has reportedly faced several grenade blasts that have frequently been blamed on dissident groups. Some of the alleged grenade attacks have targeted Rwanda’s capital, Kigali. Last year, two separate blasts reportedly killed two people in the capital as the country prepared for elections.

According to reports, one grenade exploded next to a busy marketplace in Kigali, killing one and leaving eight people wounded. Another grenade was reported to have taken place in the same area, killing one with 14 people left wounded.

During these alleged incidents, no one claimed responsibility for the supposed attacks, which resembled blasts that occurred earlier last year, reports indicate. In January 2012, Rwanda is said to have faced a grenade attack in the capital, leaving 2 people dead and 16 others wounded next to a market in Gasabo district.

Security forces have on previous occasions, blamed the FDLR Hutu Rwandan insurgents for the grenade attacks. The Democratic Forces for the Liberation of Rwanda (FDLR) are said to operate in North-Kivu Province bordering Rwanda in eastern Congo.

It is reported that the FDLR largely comprises alleged perpetrators of the 1994 Rwandan Genocide against the Tutsi and have mainly operated in the eastern Congo for the past 15 years. The recent attack is reportedly the second to occur in Musanze district this month.

On January 6, unidentified people allegedly hurled a grenade in the Mayor’s home, killing a baby. Although the recently reported attack is still under investigations, authorities are said to suspect the FDLR, however; the rebels have supposedly denied the accusations.

Reports indicate that witnesses could not identify the purported culprits in the rain. The latest attack is also said to have occurred following the commencement of the trial of 16 people, including a former bodyguard of Rwanda’s President.

The16 are supposedly facing trial on charges of terrorist-related crimes. Prosecutors claim that the suspects collaborated with rebel groups linked to the FDLR to plan attacks in the African country. Meanwhile, critics of Rwanda’s administration assert that those who defy the President frequently face politically motivated and harassment charges.

So far, no group has claimed responsibility for the recent attack. Although the Rwandan regime has linked the reported attack and previous border incidents with the FDLR, it remains unclear who really orchestrated them.

Meanwhile, reports indicate that FDLR is willing to disarm provided the international community places pressure on the government to unconditionally accept to guarantee the freedom of expression and association in Rwanda.