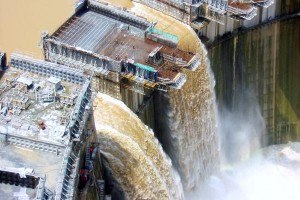 The latest meeting between the ministers of water resources of Sudan, Ethiopia and Egypt failed to resolve the lingering dispute over the construction of Ethiopia’s Grand Renaissance dam.

According to reports, the ministers closed the meeting yesterday following a failure to reach an agreement on several key issues.

At the three-day meeting which began on Saturday 4th, the ministers were expected to discuss the membership of a committee the trio had agreed to create to enforce the recommendations put forth by an international panel of experts about the GERD last year.

Also, the ministers were expected to discuss some confidence building measures, following their public disagreement over the dam. However, it has been reported that the trio could not reach an accord on any of these issues.

This is the third time the ministers of water resources of these three nations are meeting in Khartoum in an attempt to settle this disagreement over the GERD. But like the first two meetings, this meeting has largely failed to produce a definite resolution and a way out of this conflict, which is threatening the diplomatic relationship between Egypt and Ethiopia.

Egyptian authorities raised alarm after Ethiopia began diverting water from the Blue Nile as part of the dam’s construction. Several Egyptian officials have noted that the Nile is the primary source of freshwater for the arid nation, and as a result the GERD is a threat to the very existence of Egypt.

Although the three nations convened an international panel of experts to assess the impact of the dam on tributary nations last year, the recommendations of the panel have been left hanging amid claims from Egypt’s representatives that the study is insufficient.

Prior to this meeting, the Egyptian Minister of Water Resources and Irrigation, Mohamed Abdel Motleb revealed that his nation is willing to continue discussions and reach an agreement speedily.

He stressed on the importance of additional studies to be carried on the dam, adding that more needed to be done to safeguard the interests of tributary nations.

While Egyptians see the GERD as a threat, many Ethiopians see the dam as symbolic of the nation’s impressive economic performance in recent years.

Ethiopia’s Irrigation Minister, Alamayo Tegno recently noted that the dam is expected to have a tremendous impact on the nation’s economy, as well as those of its neighbors. He went on to stress the commitment of the government of Ethiopia to the ongoing negotiations.

Sudan’s Minister of Water Resources and Electricity, Moatez Moussa revealed that the water ministers of the three nations are expected to continue their discussions at a future meeting. However, the date and venue of this meeting has not been announced.