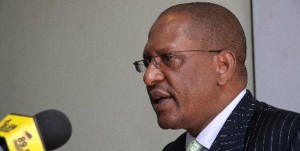 The government of Kenya has reportedly began phasing out police prosecutors and substituting them with state prosecutors as part of judicial reforms.

The highly anticipated move aims to ensure every case is prosecuted exclusively by the Office of the Director of Public Prosecutions (ODPP), eventually.

Over 300 candidates have turned in their applications since December 10th last year when the government advertised for the positions, according to Keriako Tobiko the Director of Public Prosecutions (DPP).

According to the DPP, interviews are expected to begin January 13th after which successful candidates will be conscripted in county offices or the central government.

Nevertheless, this measure has faced a myriad of challenges. According to reports, the rapid expansion of Kenya’s judiciary ran into teething problems due to the scarcity of public prosecutors. According to sources, close to one third of the 510 government employed magistrates sat idle last year as the case backlog grew.

As of last year,  reports indicate there were only 290 police prosecutors and 83 state counsels. Also last year, the DPP refuted claims that the state was to hire 106 additional prosecutors. He dismissed the plans alleging that, “somebody did not want an efficient prosecution service.”

As a result, Francis Kimemia, the Acting Head of Public Service at that time called a crisis meeting to address the issue. According to the DPP, the most affected regions then were Nairobi, Bungoma, and Mombasa.

According to Tobiko, his numerous requests to hire 300 prosecutors in an expedite manner was rejected based on insufficient funds. The DPP is also concerned that the elevated number of cases has drawn unregistered lawyers and appeals to the courts not to permit such advocates.

The under-staffed DPP’s office has been a great impediment to the delivery of criminal justice, according to observers. Various bodies such as Law Society of Kenya concur with this assertion and points out the grave mismatch between the DPP’s office and the judiciary.

The recent move to increase the number of prosecutors therefore marks a good start and is a reflection of Kenya’s endeavors to establish a well-staffed, effective, and autonomous prosecution service, observers say.

Presently, the DPP’s office handles complex cases such as armed robbery, drug smuggling, and murder (due to the shortage of stuff), while investigating officers from different police stations prosecute lesser charges. Nevertheless, there are exceptions when the DPP assigns a senior officer to prosecute in high profile or sensitive cases.

The DPP’s office aims to recruit 500 state prosecutors, according to reports. The DPP however, admits that challenges exist in attracting and maintaining government lawyers due to the unattractive remuneration package.

Nonetheless, Tobiko is optimistic that this situation will change with the anticipated improved terms of employment following the allocation of additional funds by the treasury. Though progressive, the process will be gradual due to budgetary constraints and protracted hiring process.

Various parties from various professions have lauded the recent move. For instance, Nick Wanjohi, a lawyer, asserts that police prosecutors are frequently unqualified for the task besides being overwhelmed. During an interview, Wanjohi pointed out that police prosecutors have lost several cases since they are not acquainted with the legal procedures.

Peter Karimi, an officer with the Criminal Investigations Department, shares Kirimi’s sentiments and is optimistic that more citizens will finally get justice. As the process takes place gradually, the citizens of Kenya can only hope that the ODPP will realize its goal and reform Kenya’s judiciary system while giving Kenyans the justice they rightfully deserve.