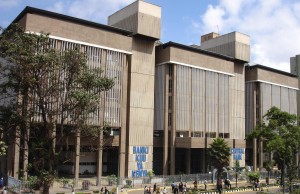 Kenya’s steady impressive economic performance over the past few years has seen the country categorized as one of the foremost developing economies in the region.

The IMF has predicted that Kenya’s economy will grow by 6.3 percent in 2014/15. When the IMF completed the third and final review of Kenya’s economic program supported by a three-year arrangement under the Extended Credit Facility (ECF), it was mentioned that Kenya’s macroeconomic conditions have continued to improve; the external and fiscal positions are now stronger and high inflation has been tamed. The completion of the review also enabled Kenya to disburse an amount equivalent to SDR 71.921 million (about US$110.2 million).

According to the IMF survey, one of Kenya’s successes is in the area of financial inclusion, a crucial part of the effort to make serious inroads against the deep poverty experienced by millions of Kenyans, many of whom remain outside the formal financial system. Mobile phone banking is said to provide an opportunity to reach mass markets efficiently and effectively. The Central Bank of Kenya is also credited for maintaining inflation within its target for twelve consecutive months.

It is remembered that the director of the IMF’s African Department Antoinette Sayeh once said “Kenya’s progress provides a clear example of the strides that many African countries are taking in the area of economic policy.”

The IMF’s report also revealed that Kenya’s recent economic performance has been driven, in part, by reforms implemented as part of the country’s three-year, $700 million program under the Extended Credit Facility. Some of the policies adopted by Kenyan authorities under the reform were the decentralization of government institutions, upgrading of energy and transport infrastructure, encouraging of the expansion of mobile and agent banking, as well as some adjustment of monetary and fiscal policies

Ms. Christine Lagarde, Managing Director of the International Monetary Fund (IMF), will visit Kenya from January 5th–8th, 2014, to meet with policymakers and other representatives of Kenyan society.

“I am very much looking forward to my visit to underline the Fund’s strong partnership with Kenya, one of the most dynamic economies in a region that has been a bright spot in the global economy,” Ms. Lagarde said ahead of her trip.

“Kenya has emerged as one of Africa’s ‘frontier economies’, and I am very interested in learning how the country’s leaders and people will build on this success moving forward,” she added.

Although it was predicated that Kenya’s economy will grow by 5.9 percent in the past fiscal year before accelerating to 6.3 percent in 2014/15, the world bank has cut its growth forecast for 2013 and 2014 to about 5%, last December. The reason being low levels of government spending and high interest rates charged by commercial banks. This notwithstanding the Kenyan economy has grown by more than 5 percent for the past two years.