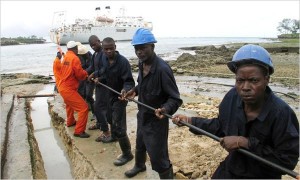 Somalia’s hopes of accessing affordable high speed broadband internet connection in the first quarter of 2014 has been dashed after a disagreement between the two major companies involved in the project, according to a report by Mogadishu’s Dalsan Radio.

Dalcom Somalia is reported to have already initiated the process of laying fibre optic cables prior to this disagreement with Hormud Telecom, its partner in the project.

Although the cause of the disagreement is unknown, it is reported to be a genuine cause of worry for residents of Mogadishu–many of whom had anticipated they would be able to access high speed broadband internet next year. Meanwhile, the Somali government is reported to have intervened in the dispute, but without success. Currently, residents of Mogadishu can access the internet via satellite.

Analysts say having spent up to $7 million on the project, Dalcom Somalia will be unwilling to let the investment rot away. Since its introduction to Somalia, Dalkom Somalia has been described as the backbone of internet operations in Somalia. The company provides a wide range of products and solutions for internet service providers including corporate and learning institutions, media operators and cyber cafes.

Somalia was one of the last African countries to get internet access after it established its first ISP in 1999. Despite being plagued by poverty resulting from years of war, internet connectivity has seen a steady growth in the past decade.

In November, Dalkom Somalia and West Indian Ocean Cable Company Ltd (WIOCC) announced plans of launching a fibre optic cable connection in Somalia. The project would connect Mogadishu via the EASSy submarine  to international and regional cables. The move is expected to provide residents of Mogadishu upgraded internet access with a capacity of between 2Mbps and 10Gbps.

Photo: Workers lay undersea cables in Kenya–one of the networks expected to connect east Africa and the world. (Joseph Okanga/Reuters)