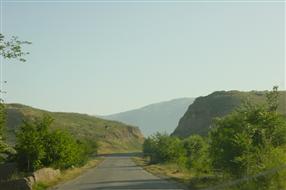 It has been over a decade since the government of South Sudan identified the Nadapal- Juba road as important for improving South Sudan’s exposure to the global market.

The road, which is approximately 363.2 km , is an international corridor linking the hinterland of South Sudan with markets in Kenya and international markets through the port of Mombasa.

The report explained to the donors, the Sudan People’s Liberation Movement/Army (SPLM/A) and Government of Republic South Sudan (GRSS), that the importance of the upgrading of the Nadapal–Juba road is to improve access to and from South Sudan.

The overall South Sudan – East Africa Regional Transport, Trade and Development Facilitation Program (SS-EARTTDFP) development objective is to enhance regional connectivity and integration of South Sudan with other countries in eastern Africa. This would be achieved through increasing transport efficiency, facilitating trade and development, and linking South Sudan to alternative sea ports. .

An assessment conducted by GRSS identified the importance of the Juba- Nadapal road as a corridor that opens the massive agricultural, animal and mineral resources-rich areas in eastern South Sudan–the closest to the regional and global market. The corridor is also expected to open access to an alternative sea port (Djibouti) and to offer the quickest route to offshore submarine cables off the East African coast, with the fewest transit countries.

The US$ 360 million project road will span across six counties approximately inhabited with around 838, 555 inhabitants.

Although the project is expected to bring numerous socio economic benefits, it will have its own down side. The most important negative impact will result from soil erosion during earth works and construction. The construction is expected to have an impact on the inhabitants of the area, which are mostly agriculturalist and pastoralist tribes, However, the government has assured them of adequate compensation.