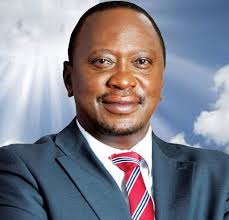 The prosecutor of the International Criminal Court has asked judges to delay the start of the war crimes trial of Kenyan President Uhuru Kenyatta due to a lack of evidence, according to a recent report by The Independent.

ICC Prosecutor Fatou Bensouda said in a statement that she needs time to reconsider her case after one key witness decided not to testify and another confessed to giving false evidence “regarding a critical event” in the case.

“Having carefully considered my evidence and the impact of the two withdrawals, I have come to the conclusion that currently the case against Mr Kenyatta does not satisfy the high evidentiary standards required at trial,” she said.

Judges at the court in The Hague, Netherlands, must rule whether to grant the adjournment — or perhaps even dismiss the case.

Kenyatta lawyers have previously petitioned the court for a dismissal, arguing that evidence against Kenyatta was tainted by false testimony. This argument has been greatly bolstered by Bensouda’s remarks.

The move to delay the trial “comes in the context of an unprecedented climate of witness interference that the government has failed to check,” Evenson said.

“We hope the prosecutor will use every appropriate means to continue her investigation” and see if she can proceed, Evenson said.

The prosecutor did not specify a time in which she might be ready to take the case to trial. Kenyatta’s trial has been delayed once at the request of the defense, and was due to start on the 5th of February 2014.

Meanwhile, President Kenyatta has pleaded innocent to charges of crimes against humanity (including murder, rape, forcible population transfer and persecution) for his alleged role organizing violence after Kenya’s 2007 elections, which left more than 1,000 people dead by early 2008.

Kenyatta, the son of Kenya’s founding president Jomo Kenyatta, was elected president earlier this year despite his 2011 indictment by the ICC. Popular resistance among Kenyans to the court’s authority is thought to have assisted his campaign.

African countries accuse the ICC of disproportionately targeting African leaders. The court has indicted only Africans since it was established in 2002. Currently, about half of the eight cases it is prosecuting were referred to it by African governments.

Earlier this year, the United Nations Security Council declined a request from the African Union to order the court to grant a one-year delay of Kenyatta’s trial. African leaders said trying Kenyatta, a sitting president, could have a destabilizing influence on the Horn of Africa.