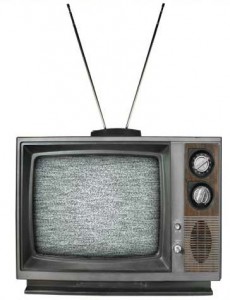 Across Nairobi, an estimated two million residents lost access to several TV stations on their analogue devices on Monday night, after the nation commenced its plan to cease broadcasting to all non-digital TV equipments.

This move, which has generated a lot of controversy in the country, is expected to release spectrum currently being used for TV broadcast to support the nation’s information communication technology sector.

Three media houses—Standard Group, Nation Media Group and Royal Media Service—with the support of the Consumer Federation, had attempted to postpone the nation’s migration to digital television broadcast to June 2014.

In a petition filed at the Nairobi High Court, the group, represented by Lawyers Paul Muite and Issa Mansure, argued that the public was not ready for the move and that certain issues needed to be resolved beforehand.

After postponing the enforcement of the move by 10 days (from December 13th to 23rd) due to the petitioners’ requests, High Court Judge David Majanja on Sunday ruled for the nation to proceed with the move.

This widely debated move, which has been postponed several times since the beginning of the year, forms part of an agreement made during the 6th Digital Television Committee meetings, where representatives of Kenya’s TV sector agreed to migrate to digital transmission.

In making his ruling on December 22nd, Judge David Majanja noted that despite the possibility of losses in revenue due to the move, it was legal and necessary.

He chided the petitioners for filing their case for personals gains, while portraying themselves to be fighting for the interests of the people. There are reports that the petitioners apparently filed for the postponement of the migration to digital TV transmission so they could obtain broadcast digital distribution licenses.

“If the consumers are kept in blackout, it is only because the petitioners want the television blackout,” Judge Majanja said. Emphasizing on the fact that media representatives had agreed on the migration to digital TV broadcast and that all TV stations in Kenya were informed and had ample time to direct their viewers to buy set up boxes or TV sets with DVB-72 tuners in order to have access to digital TV transmission.

The petitioners have since issued a statement saying, “In compliance with that judgment, we are left with no option but to go off-air. We have instructed our lawyers to appeal against the High Court decision in the Court of Appeal. At the same time, we are pursuing other avenues to resolve the issue…”

The petitioners argue that despite reports that there are over 8 million television sets in Kenya, the government have so far distributed a meager 170,000 set-up boxes. According to them, many Kenyans can neither afford to purchase a set-up box (which is reported to cost about KSh4,000 – KSh16,000) nor a new digital TV set with inbuilt DVB-72 tuner (reported to cost about KSh38,000).

In a recent Digital Migration Survey conducted by the Consumer Federation of Kenya, a majority of the respondents had called for the price of the set-up boxes to be set at KSh1,000 or below.

The report also revealed that a majority of Kenyans wanted the digital migration to be postponed to June 2014.

Despite claims that up to 2 million TV sets have been cut from accessing several stations last night, pundits say the migration to digital TV broadcast is expected to go on as planned. According to commentators, the move will most likely lead to an increase in the viewership of stations which are accessible without the aid of the set-up boxes (such as K24, GBS and KBC). Also, some pundits say cheap set-up boxes are expected to flood the Kenyan market soon.

“The Broadcast industry has been mortgaged to a selected few and this is truly unfair to law abiding citizens. The price of the blackout will be unbearable and the greatest losers are Kenyans,” vice chair of the Kenyan editor’s guild said, adding that it will be a “dark Christmas.”