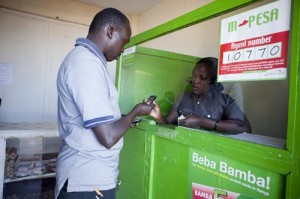 MEF has released the results of its third annual Global Consumer Survey, which looks at the behaviour and attitudes of mobile media users in 13 countries.

This year’s study, which includes Kenya, Nigeria and UAE for the first time, reveals that that 65 per cent of mobile media users in the countries surveyed have used their device to buy goods or services at least once.

The result shows that the value of individual purchases is rising. ‘High-spend’ purchases (over $151 or equivalent) jumped to 39 per cent, with ‘low-spend’ items (under $15.99 or equivalent) at 37 per cent, dropping from 43 per cent in 2012. High spenders are most prolific in Nigeria, Mexico and Kenya, reflecting the growing mobile ecosystems in these regions.

The 13-country study says consumers are entering an era of Mobile 3.0 and confirms the use of phones in mainstream consumer consumption.

M-Commerce and mobile payment especially have a high potential on the continent, where mobile phones are more widespread than computers. A significant proportion of the nation’s population are reported to have no banking relationship and the most common type of Internet access is through a mobile device.

In the continent,  over 10% of active Internet users are reported to have shopped on their mobile phones in 2013

Why Kenya leads Mobile money System?
Kenya’s world-leading mobile-money system, M-PESA (M for mobile, pesa is Swahili for money), launched in 2007 by Safaricom, the country’s largest mobile-network operator in Kenya and Tanzania, is now used by over 17 million Kenyans. This is equivalent to more than two-thirds of the country’s adult population; around 25% of the country’s gross national product is reported to be derived through it.

In May, The Economist described M-PESA, which lets people transfer cash using their phones, as by far the most successful scheme of its type on earth.

M-Pesa is a branchless banking service, meaning that it is designed to enable users complete basic banking transactions without visiting a bank. The continuous success of M-Pesa in Kenya is due to the creation of a highly popular and affordable payment service with only limited involvement of a bank

However, M-PESA was originally designed as a system to allow micro finance-loan repayments to be made by phone, reducing the costs associated with handling cash and thus cutting currency exchange fees. But after pilot testing, it was broadened to become a general money-transfer scheme.

M-Pesa customers can deposit and withdraw money from a network of agents including airtime resellers and retail outlets that act as banking agents.

The service enables its users to conduct the following operations:
-Deposit and withdraw money
-Transfer money to other users and non-users
-Pay bills
-Purchase airtime
-Transfer money between the service and a bank account (in some markets)

Mobile-money schemes in other countries, meanwhile, have been held up by opposition from banks and regulators as well as concerns over money-laundering.

Photo: A customer during  a transaction in an M-PESA outlet in Kenya, 2012.