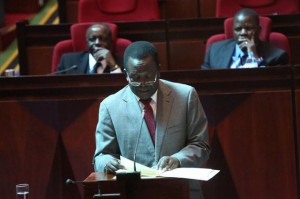 Tanzanian legislators are calling for a succession plan in the gas subsector to enable locals take over from foreign employees who currently dominate the industry.

The lawmakers expressed these sentiments during a parliamentary debate on reports presented by the parliamentary committee on infrastructure, energy and minerals.

“Tanzanians should undertake on the job training so that they can takeover when foreign employees eventually leave,” he said

Chadema’s Naomi Kaihura argued that foreign dominance in the gas projects was denying Tanzanians jobs. “It is important that our people are given priority in employment in the pipeline projects,” she said.

Tanzania’s oil and gas industry has long been dominated by foreign companies which have both capital, technology and long-standing experience in the sector. The Ministry of Energy and Minerals has ruled out favoring local companies in the allocation of exploration blocks saying that any competent company should be allowed to invest in the subsector without discrimination. The government has however promised to give priority to companies that incorporate Tanzanian shareholders in their operations.

While presenting the report from the Energy and Minerals Committee, Chairman Victor Mwambalaswa said “the committee commends government for assuring us that blocks will be allocated to competent companies both local and foreign.”

He cautioned that favoring locals had in the past put mining blocks in the hands of companies that did not have the financial means to invest in the capital-intensive sector.

The Tanzanian government is currently accepting bids for the fourth round of natural gas blocks allocation which will close in March next year. Seven blocks are available for allocation in this round.

Photo: Chairman of the Tanzanian Parliamentary Committee on Energy and Mining Mr Victor Mwambalaswa. [The Standard]