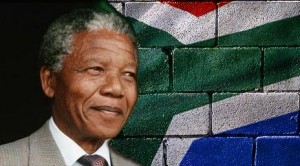 Kenyans will join the world in honoring the late Nelson Mandela at a public memorial service on Tuesday.

The South African High Commission in Nairobi has invited the public to attend the memorial service that will be held at the St Andrews Presbyterian Church of East Africa between 2pm and 4pm.

This service will take place at the same time as the official memorial for the African icon at Soccer City in Johannesburg, South Africa. The memorial services are part of a 10-day mourning period set by the South African government in honor of the anti-Apartheid leader.

President Uhuru Kenyatta and about 90 other leaders from across the world are expected to be present in South Africa to pay their respects to the pro-democracy leader.

President Uhuru recalled that “As a free man, President Mandela led the fight to free Africa not only from political bondage but equally important from the scourge of disease, poverty, poor governance and illiteracy—ills of modern life.”

According to a statement from the South African High Commission in Kenya “Books of condolence will be opened during the Memorial Service” at the Kilimani Primary school from Monday to Saturday so people can send messages of condolence to the family of Nelson Mandela.

United Nations staff and Kenyan dignitaries will be allowed to sign the book of condolence at the UN and the High Commission offices respectively.

Kenya, in honor of the late Nelson Mandela, has been flying its flag at half-mast since Saturday.

According to reports, after Tuesday’s memorial service, Nelson Mandela’s body will lie in state for three days at the Union Buildings in Pretoria where he was sworn in and worked as South Africa’s first black President in 1994.

Mandela will finally be laid to rest on Saturday in his hometown of Qunu in the Eastern Cape. The South African government is trying to persuade people from going to Qunu, noting that the small town lacks the infrastructure to handle a large crowd.

Speaking about the late freedom fighter, President Uhuru said “Only the truly exceptional people leave their mark in the world and Nelson Rolihlahla Mandela was one of those.”

Several other East African nations have recognized the death of Nelson Mandela by flaying their national flags at half mast and declaring a national mourning period.

The government of Ethiopia and Tanzania have both revealed that a 3-day mourning period has been set aside for the late leader. Meanwhile several politicians and opinion leaders from Tanzania, Uganda, Ethiopia and Rwanda have expressed their condolence to South Africa and the family of the late leader.