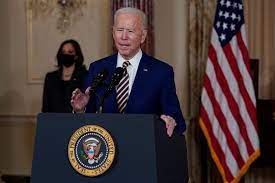 The US Senate Committee on Foreign Relations on Tuesday approved what is called “Ethiopia Peace and Stabilization Act” to impose sanctions on Ethiopians committing human rights abuses, blocking food aid delivery, or taking other actions that could worsen the conflict in  northern part of the country.

The S. 3199, the Ethiopia Peace and Stabilization Act, aims at imposing sanction on those that are providing training, weapons, or financial support to those involved in the conflict.

The proposed Ethiopian Stabilization, Peace and Democracy Act was voted out of the House Foreign Affairs Committee on Tuesday. It can now be voted on by the full U.S. House. A similar bill is being considered in the Senate.

If enacted, the bill would sanction individuals as well as suspend U.S. security and financial assistance to the Ethiopian government until certain human rights conditions are met.

It would also require the U.S. to oppose loans by international agencies such as the World Bank and International Monetary Fund to Ethiopia and Eritrea.

“The war in Ethiopia has created one of the worst humanitarian crises in the world, and all the combatants, along with their foreign backers, are responsible for horrific abuses of basic human rights,” he said.