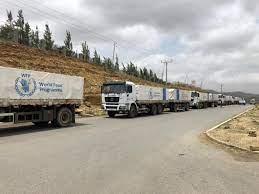 The Ethiopian government and the rebel Tigray People’s Liberation Front (TPLF) are accusing each other over blockage of food aid to millions of needy people in Tigray region.

Government Communication Services (GCS), has made claims that humanitarian aid is heading to the Tigray region soon after the declaration of humanitarian truce declared last Thursday. TPLF says nothing has arrived to the region.

In a letter dated March 28, which TPLF spokesperson – Getachew Reda – shared on Twitter, the TPLF made claims that Ethiopian government authorities are making what it called “false claims” about the flow of humanitarian aid to the region.

The federal government department in charge of coordinating and distributing aid said this week that aid is on the way to the Tigray region.

GCS on Tuesday said TPLF militants have hindered transportation of the food aid provided by WFP at Abaala town in Afar regional state, which is under TPLF’s control.

The Ethiopian government has been using all available means to rescue its citizens in the Tigray region but has not been able to secure the cooperation of the other party, GCS said in a statement.

“The 43-truck food aid by the World Food Program (WFP) had not been transported to the Tigray region due to the closure of Abala Road by TPLF militants,” it said.

GCS said the government is making calls  to the international community to put pressure on the Tigray militants to withdraw from the Afar and Amhara districts, and comply with their commitments to ceasefire.