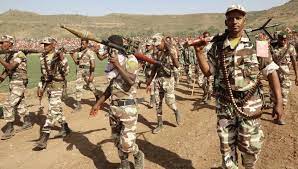 The Tigray People’s Liberation Front (TPLF) launched offensive, breaching a ceasefire it agreed to comply with the declaration of an indefinite humanitarian truce on the part the Ethiopian Government.

Meanwhile, the UN Secretary General António Guterres on Friday welcomed the declaration of an indefinite humanitarian truce on the part the Ethiopian Government and commitment by the forces of the Tigray region to comply with the immediate ceasefire, amid deep concern for the five million people who need emergency aid in different parts of Ethiopia.

“The conflict in northern Ethiopia has caused terrible suffering for millions of people across Afar, Amhara, Tigray, Benishangul Gumuz and Oromia regions of the country”, said UN Spokesperson, Stéphane Dujarric, in a statement issued on behalf of the Secretary General.

The Ethiopian Government declared the cessation of hostilities on Thursday, saying that it was to allow aid to reach stricken civilians.

Hours later, Tigrayan authorities issued a statement saying that they would do everything possible, to make the humanitarian ceasefire, a success.