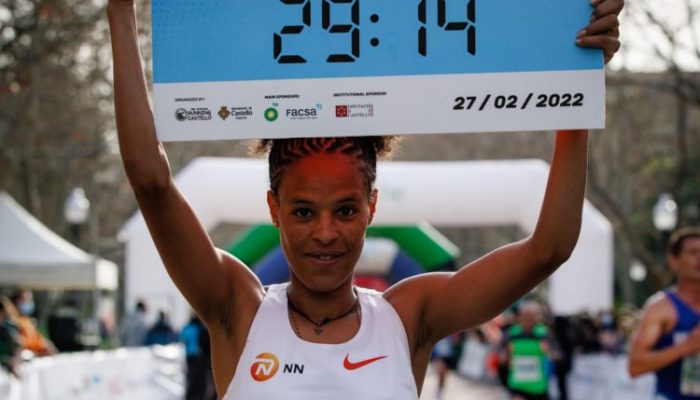 The world half marathon bronze medalist averaged 2:55 minutes per kilometer to better the previous mark by 24 seconds.

Kenyans Vicoty Chepngeno finished one minute 59 seconds behind the Ethiopian in 30:14 for second while Mercy Cherono was third in 30.48.

“Today a dream came true. I felt really great in the race, the first 5km was very fast, I was struggling a little bit in the second 5km but I was still able to maintain a high pace,” said the 22-year old Ethiopian, who last year became the second fastest women’s half-marathon runner in history.

She clocked 1:03:51 in Valencia when her compatriot Letesenbet Gidey broke the world record.

Yehualaw broke the half marathon world record last year by 19 seconds, although the time was not ratified by World Athletics as the course was 54 metres short.