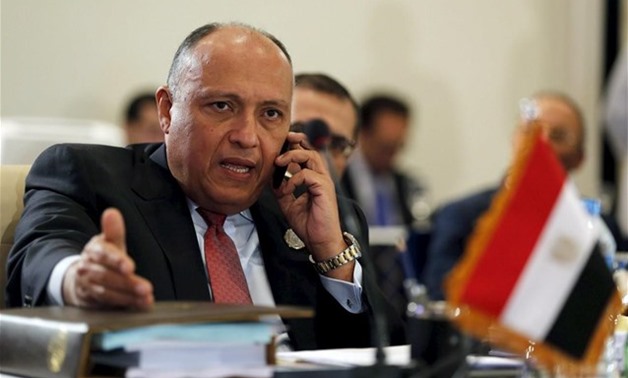 The Egyptian Ministry of Foreign Affairs said it considers Ethiopia’s announcement of the operation of the Renaissance Dam a “violation of the Declaration of Principles Agreement signed in 2015.”

Ethiopia officially launched on Sunday the first electricity production of the Great Renaissance Dam (GERD) with a capacity of 375 megawatts.

The official launch of the first operation of this mega-dam was presided over by Ethiopian Prime Minister, Abiy Ahmed in the presence of several senior officials.

According to Egyptian diplomacy, the unilateral operation of the Renaissance Dam “is a further step by Ethiopia in violating its obligations under the 2015 Declaration of Principles Agreement signed by the Ethiopian Prime Minister.”

Ethiopian Prime Minister Abiy Ahmed on Sunday hailed the launch of the electricity generation process from the Renaissance Dam, congratulating citizens on such an achievement.

In a tweet, Abiy Ahmed said that “today, the first turbine of the Renaissance Dam, the largest power plant in Africa, has started generating electricity.”

“This step is good news for our continent and the downstream countries we plan to work with,” he added.

By July 2021, Ethiopia had completed the second filling of the Grand Renaissance Dam with over 13.9 billion cubic meters of water.

The Grand Ethiopian Renaissance Dam (GERD) is, since the launch of the project in 2011, a serious bone of contention with Sudan and Egypt.

“Cairo invokes a “historical right” on the Nile, guaranteed since a treaty signed in 1929 between Egypt and Sudan, then represented by Britain, the former colonial power. Egypt had obtained a right of veto on the construction of projects on the river,” Egypt foreign minister said.

In 1959, after an agreement with Khartoum on the sharing of water from the Nile, Egypt was allocated a quota of 66 percent of the annual flow of the Nile, against 22 percent for Sudan.

Ethiopia was not a party to these agreements.