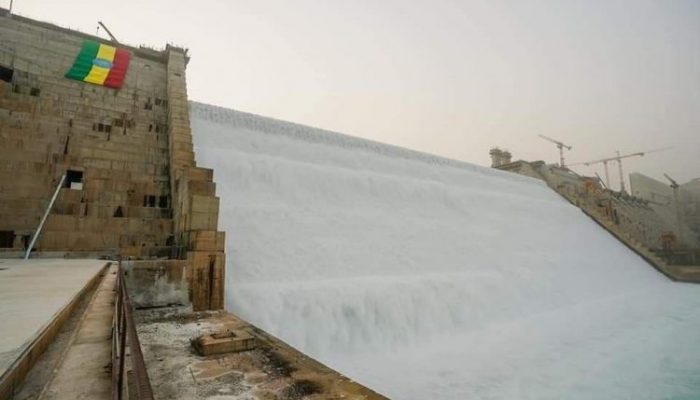 Prime Minister Abiy Ahmed inaugurated the first power generation of the mega-dam which is regarded as the largest hydroelectric plant in Africa.

One of the 13 turbines of the grand dam, with generating capacity of 375 megawatts of electricity commenced power generation on Sunday.

“We want to export our pollution-free power to Europe through Sudan and Egypt, Abiy said during the inaugural ceremony.

The first power generation comes as Ethiopia’s downstream neighbors -Egypt and Sudan view the dam as a threat to reduce the volume of water reaching their territories.

Addis Ababa claims the dam is essential for its electrification and development and will insignificantly impact the downstream countries.

Ethiopia has no intention to harm anyone else but to provide electricity to 60 percent of its needy population, Abiy said.

Ahmed said “the dam would benefit Egypt and Sudan and it will be the way forward for cooperation among us.”

From now on, there will be nothing that will stop Ethiopia,” he added.

The east African nation had initially planned to generate around 6,500 megawatts of electricity from the dam but later reduced it to 5150 mega watts.