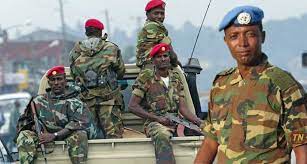 The federal government said it will never negotiate with the Tigray People’s Liberation Front (TPLF) over issue of Wolkait and Humera areas, which TPLF annexed to Tigray 30 years ago.

Wolkait and Humera areas currently are administered by the neighboring Amhara region, which managed to regain them in a counter offensive against TPLF forces in November 2020.

Prime Minister Abiy Ahmed last month during his discussion with the Diaspora Community saidd that there is abundant evidence that Wolkait and Humera areas were part of Amhara region but annexed to Tigray by force.

Information reaching the Zegabi.com said the issue of Wolkait and Humera areas is non-negotiable from the government side while the TPLF vowed to continue the fighting in an attempt to recapture the areas by force.

Wolkait Zone Security Head Colonel Demeke Zewedu is in Addis Ababa for undisclosed reasons but rumor has it that he will discuss the issue with Abiy’s led government.

Many people are expressing concern over why the government called him to Addis Ababa as TPLF is preparing massive attacks against Wolkait areas.

Meanwhile, thousands of Tigrayan troops have been deployed in Ethio-Sudanese border as part of TPLF’s planned attack against Humera and Wolkait areas in northern Amhara region.

According to information reaching Zegabi.com, the Tigrayan forces have been provided with logistic and military support by the Sudanese government. The Tigrayan forces reportedly are concentrated on Ashaba and Alaw border areas.