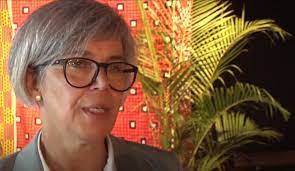 The government of Ethiopia is considering delisting the Tigray People Liberation Front (TPLF) from terrorist designation, Annette Weber, EU Special Representative for the Horn of Africa has said

“Regarding the designation of terrorism or the delisting, there are discussions right now, that there is a possibility delisting – of course it goes through the parliament, Weber told reporters on Friday.

The peace talks will continue after the delisting of the TPLF, The Ethiopian parliament labeled TPLF  as a terrorist organization few months after it attacked the northern command of the Ethiopian army.

Deputy Head of the Afar Communications Affairs Bureau Ahmed Keloita told reporters that the fighting has continued in five districts along the border areas following the Tigrayan forces’ massive attacks in different directions.

The deputy head said TPLF’s attempts to invade the Serdo town in a bid to disrupt the Ethio-Djibouti trade route have been foiled. He said Tigray People’s Liberation Front (TPLF) has lost over 3000 troops in Berhaille district front alone.

Humanitarian Aid Coordinator of the Afar region Allo Yayo warned that catastrophic condition could happen unless emergency food assistance is dispatched to the displaced people.

Allo said he witnessed children, who were harmed by fire due to attacks of heavy weapons, while receiving treatment in Dubti Hospital.

He also saw a mother who has missed her children as they tried to escape heavy weapons attacks by TPLF forces.