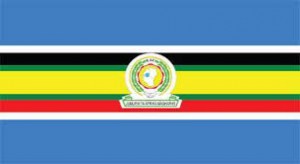 3 Tanzanian nationals have lodged a case against Rwanda, Kenya and Uganda at the East African Court of Justice (EACJ) in Arusha.

According to the 3, who have been identified as Ally Hatibu Msanga, David Mataka and John Adam Bwenda, the tripartite meetings held by the accused nations in June, August and October this year contravenes the EAC’s founding Treaty.

The plaintiffs are therefore requesting that the EACJ issues a ‘stop-order’ preventing the group from effecting agreements reached during these meetings.

This difference in approach is reported to be the reason why the tripartite meetings were held in the absence of representatives of Tanzania and Burundi, during which the EAC trio reached agreements on numerous cross-border projects including the creation of a single tourist visa.

Jimmy Obed, lawyer of the plaintiffs is reported to have remarked that the actions of the trio jeopardizes the very foundations of the EAC, noting that their actions were irresponsible.

“Those meetings were against the EAC protocol, as the three states were discussing some of the issues which are within the EAC framework,” he said.

At the EACJ yesterday, Judges ruled to postpone the case to February 14th, citing that the plaintiffs provided insufficient evidence for a judgment to be reached. The postponement of the trial is reportedly to allow the appropriate authorities gather evidence and summon representatives of the accused nations to the trial.

Despite their historical co-cooperativeness, the creation of the EAC has revealed deep differences among member states.Only 13 years into its existence, many fear the EAC may follow the path of its predecessor, which was dissolved in 1977 after just 10 years of existence.

Recently, the Freedom Unity Front (FUF) a newly formed opposition party in Uganda, accused President Yoweri Musuveni of sabotaging the EAC. According to the group, President Musuveni is at the forefront of the move to isolate Tanzania and Burundi from the EAC, which is allegedly why he failed to invite representatives from both nations to the EAC meeting at Entebbe, Uganda in June.

Meanwhile, President Musuveni has explained that his reason for not inviting these nations to the meeting was that the projects under consideration did not directly affect them. He reasoned that these nations were to be briefed on the proceedings of the meeting.

Amid these claims of an impending disintegration of the EAC, President Jakaya Kikwete of Tanzania has reiterated his country’s commitment to the union. According to him, the union is still healthy despite reports that representatives from his nation and Burundi have been excluded from EAC meetings.

He revealed that the move by the governments of Kenya, Uganda and Rwanda to fast track the EAC integration process goes against the founding protocol of the EAC Treaty–which called for the creation of a single customs union, a common market and a single tourist visa before the establishment of a single monetary unit.

This notwithstanding it was recently reported that the EAC’s sectorial council on Legal and Judicial affairs have given their approval to a draft legal protocol for the EAC’s monetary union. The heads of states are expected to sign the protocol at the EAC Summit this November in Uganda, after which the process will take effect.

According to pundits, the difference in approach does not have the potential to cause a disintegration of the EAC. However, if the union should ever disintegrate, it is likely to be held as a principal proof of incompatibility.