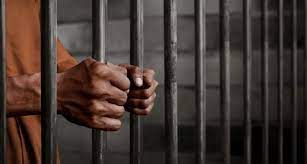 The armed men came in mid night in large numbers and managed to break the jail’s door and freed the prisoners, Deputy Prison Administrator of the region Wube Wonde has said.

The armed men claimed they were Fano fighters but witnesses said members of the government security forces have involved to release the prisoners.

Other prisoners who were detained in different police stations were also freed in a similar operation.

The Amhara region’s police commissioner Tekola Ayifokiru said the prisoners and armed men are being hunt down.

Ayifokiru said the crime was committed by those armed people who called themselves Fano Fighters though they were not.

The armed men also are accused of looting resources including fire arms from the detention centers.

Meanwhile, Ethiopia’s Ministry of Education stated that Ethiopia needs more than 100 billion birr to fully restore schools ravaged by the TPLF Group and other conflicts in various parts of the country.

The Education Ministry along with the Human Resource Development and Technology Standing Committee of the House of Peoples Representatives assessed the damage caused by the terrorist group on education facilities and related impacts on the learning -teaching process.

On the occasion, the Education Minister Professor Berhanu Nega stated that the conflict inflicted by the TPLF seriously affected the learning- teaching process, forcing more than 3 million students out of school.