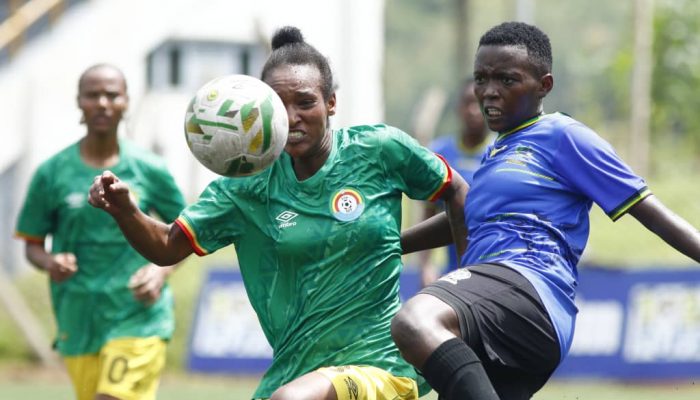 Ethiopia have gone top of the log at the on-going CECAFA Women’s U-20 Championship 2021 after a hard fought 2-1 win against Tanzania in the first match played on Sunday.

Mesay Temesgen and Nyabouny Yien scored for the Ethiopian side, while Clara Luvanga pulled one back for Tanzania four minute to full time at the FUFA Technical Centre ground in Njeru, Uganda.

Tanzania thought they had leveled matters at the stroke of full time, but the goal was cancelled for off-side. Tanzania’s Fumukazi Ally Nguruwe was sent-off by referee Darlene Nduwayo for pushing the assistant referee.

The win sends Ethiopia to top of the log with nine points after three straight wins. “We need to keep focused to win all the games. I am happy we picked a win against a strong Tanzania team,” said Ethiopia’s coach Firew Hailegebral.

The Tanzanian coach Bakari Shime said it was unfortunate his team had lost the first match in the tournament. “Some decisions against us where not good, but we need to keep working hard for the other two remaining games in the tournament,” added Shime.

In the second match Burundi registered their first win in the Championship. Burundi humbled Djibouti 6-0

Peace Olga Niyomwungere gave Burundi an early lead after 4 minutes before Pascasie Butoyi netted a quick brace to send the game 3-0 at half time. Estella Gakima scored another brace, while Ineza Bora also got her name on the score sheet for Burundi.

Burundi lost their opening match 5-1 to Uganda and suffered another 3-2 defeat to Tanzania.