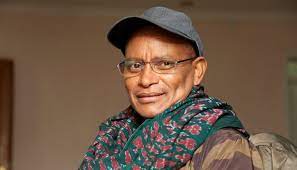 Leader of Ethiopia’s Tigray region Debretsion Gebremichael announced that the Tigray People’s Liberation Front (TPLF) and the central government have been engaging in negotiations to end their 15-month long conflict.

Debretsion’s remark comes amid resentment by the Ethiopian public over the government’s hidden activities to negotiate with the TPLF forces.

Debretsion on Saturday told the BBC that there have been shuttle diplomacy, communications and discussions with the federal government to peacefully resolve the long running conflict.

The  AU, UN and Kenya are mediating the parties, according to the TPLF leader.

“There are signs of improvement and we are waiting for this shuttle diplomacy to give fruit,” the TPLF leader said.

According to the Debretsion, all forces including ‘Eritrean forces and Amhara militia’ must withdraw from the ‘Tigray region’ as a precondition to engage in peace negotiations and lay down their arms.

Debretsion was referring to the Wolkait, Humera and Raya areas whichTPLF annexed from the Amhara region by force in 1991 but returned as the law enforcement operation was intensified in November 2020.

According to the leader, TPLF would be joining the “Commission for National Dialogue” as long as the preconditions are met.

He said the people of Tigray have suffered unspeakable horrors and have been living in ‘hell’ during the last 15 months.

The leader said TPLF will not sit for peace negotation but continue fighting if its precondition are not accepted.